Science fiction has been one of my favorite escapes since I was a kid.

The best sci-fi grapples with big ideas even as it examines our present-day society, much like the best crime fiction has done since the days of Raymond Chandler. As proof of that, science fiction and fantasy has gone mainstream, with film and television adaptations going big box office, often to critical acclaim.

Because I write crime thrillers, I’m especially fond of science fiction novels built on the chassis of crime fiction. There are many excellent novels in this category, but here are some of my favorites. I’ve included seven modern examples, and two from more than a half-century ago. 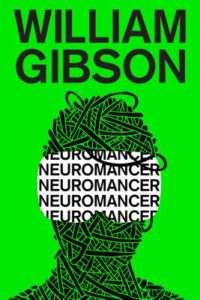 This is my favorite sci-fi novel of all time. Set in a semi-recognizable future, Neuromancer is a heist novel with a hacker protagonist chasing the treasures of the super-rich at the request of a shadowy client.

The language is razor-sharp, the characters are vivid, and the storytelling is full of wonders and surprises, which is all the more remarkable because Neuromancer is Gibson’s debut novel. He was so far ahead of his time it’s scary. He coined the term “cyberspace” and foresaw a time when the online world of the “matrix”—he was also the first to use that word in this context—was seamlessly integrated into the “meat” world. The first in a trilogy. 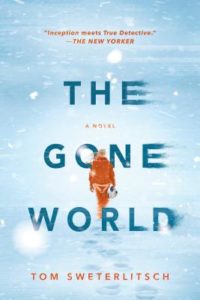 The Gone World was recommended to me by my local indie bookseller and I was immediately smitten.  The protagonist is Naval investigator Shannon Moss, who is chasing the killers of a Navy Seal’s family and trying to find his missing teenage daughter.

The wrinkle is here is a secret Navy program sending astronauts forward in time to solve the riddle of the impending end of the world that gets closer with each attempt to solve the problem. The storytelling is complex, lyrical, and metaphysical without sacrificing intensity—I could not turn the pages fast enough.  Sweterlitsch is very, very good and I can’t wait for his next book. 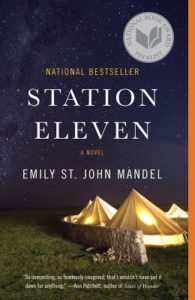 This gripping, beautiful story of a post-pandemic, apocalyptic world, is a survival tale and morality play in which survivors, twenty years after Year Zero, grapple with both their memories of the fall of civilization and the reality of what human nature is making of the present moment.

If you’re particularly distressed by COVID-19, Station Eleven may not be for you, although my personal take is that it makes our current challenges pale by comparison and is thus reassuring.  It’s also a flat-out gorgeous read that stunned me for weeks afterward.

Mandel has said that she does not consider Station Eleven a science fiction novel, just as she did not consider her earlier work to be crime fiction, but she’s playing with profound human ideas in an imagined future world, which works for me. 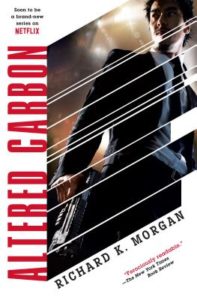 This hardboiled novel is set in the far future, where interstellar travel is performed by transferring one’s consciousness between bodies—known as “sleeves.”  The protagonist is Takeshi Kovacs, a deeply cynical former elite U.N. soldier turned private detective, hired to investigate the murder of a wealthy man—by the man himself, who had preserved his consciousness as a backup several days before his death.

With its political and religious themes, Altered Carbon is both a rich read and over-the-top fun, full of sex, violence, and glorious storytelling.  It’s also the first in a trilogy, and Morgan only gets better with the second and third books.

(Side note: Altered Carbon was made into a Nexflix series, but I wouldn’t bother with it—the books are so much more interesting.) 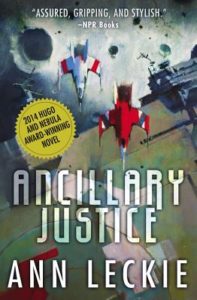 The AI of a far-future starship, who once controlled the minds of thousands of soldiers, is reduced to a single human body and seeks justice against the galactic emperor whose actions resulted in the death of her ship.

This thoughtful space opera examines identity, politics, and the morality of war through the lens of a fallen soldier who has come to see the cause she served in a new way.  Ancillary Justice was Leckie’s debut novel, won the Hugo and Nebula awards, and is the first in a series. 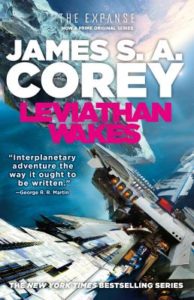 The first novel in the Expanse series, Leviathan Wakes is set in the outer solar system during a time of tension between Earth, independent Mars, and the denizens of the asteroid belt, who are marginalized by the inner planets.

The protagonists are James Holden, the executive officer of an ice-hauler destroyed by a Martian warship, and Joe Miller, a private cop on Ceres looking for the escaped daughter of a wealthy Earth family. This complex tale of interplanetary politics, terrorism, and exploitation is a fine example of the space opera subgenre, with realistic characters in a finely textured and entirely recognizable future.

(Yes, it’s also a TV series, but why watch TV when the novels are so good?) 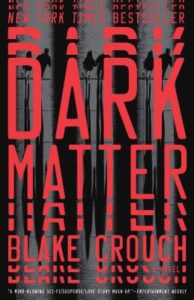 What if you woke up in a world almost exactly like your own, but someone else was you? What would you do to get back to your own actual life? That’s the premise of this exceptional novel with a backdrop of made-up quantum physics and the multiverse.

If that’s too science-y for you, don’t worry about it. The book is a crazy fast read, essentially a chase novel that touches on the age-old theme of being haunted by the choices we didn’t make and the lives we didn’t live. It’s also a great example of a book that would once have been science fiction but now, as these subjects become more mainstream, is considered a “speculative” thriller.

It certainly thrilled the hell out of me. I read it in two sittings. 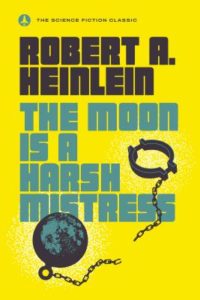 The crime in this novel, considered to be one of Heinlein’s best, is crime against the state in the form of a revolution on the moon. One of the protagonists is an emergent AI.

Heinlein’s libertarian politics are front and center in this book, using the unforgiving setting of a lunar colony as the backdrop for a tale of self-determination that still rings strongly today, no matter how you vote. Most of his work is full of big ideas and this novel is no different, but it’s also a fast and occasionally moving read.

Heinlein wrote for almost fifty years and is considered one of the “big three” English-language sci-fi writers, along with Arthur C. Clarke and Isaac Asimov. 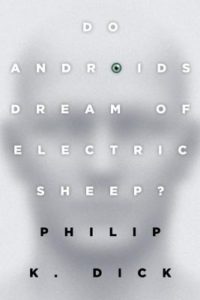 Do Androids Dream of Electric Sheep, by Philip K Dick (1968)

Rick Deckard is a bounty hunter assigned by the LAPD to “retire”—kill—six next-generation androids which (who?) have escaped from Mars and returned to earth.

This novel is well-known as the basis for the 1982 film, Blade Runner and its 2017 sequel, Blade Runner 2049. I love those films as well, especially how they lean into the hard-boiled noir aspects of Dick’s book, but they missed the novel’s essential weirdness, as well as its quirky charm.

Re-reading this recently, I was struck not only by how prescient Dick was in terms of the state of our planet and who we, as a society, choose to recognize as human, but also how deeply cynical he was, and how slyly funny. 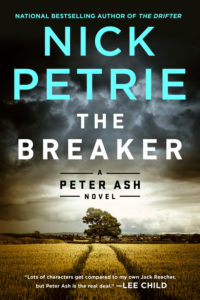 Nick Petrie received his MFA in fiction from the University of Washington, won a Hopwood Award for short fiction while an undergraduate at the University of Michigan, and his story “At the Laundromat” won the 2006 Short Story Contest in the The Seattle Review, a national literary journal. A husband and father, he runs a home-inspection business in Milwaukee. His novels in the Peter Ash series include The Drifter, winner of the ITW Thriller Award and the Barry Award for Best First Novel, Burning Bright, and Light It Up. His latest novel is The Wild One, now available from G.P. Putnam's Sons. 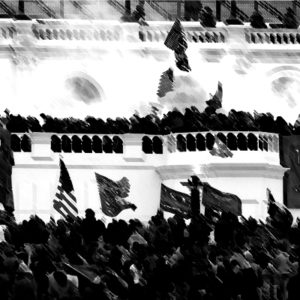 These days the world is seen increasingly—by white right-wingers—as split between ‘those who belong’ and ‘those...
© LitHub
Back to top