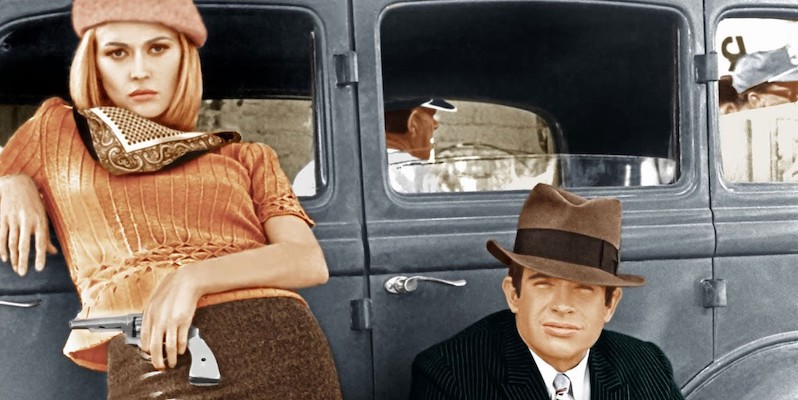 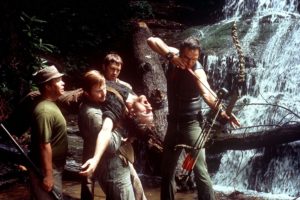 Four suburban outsiders, Burt Reynolds, Ned Beatty, Jon Voight, and Ronny Cox, take on the Georgia wilderness when their peaceful weekend canoe trip turns into a fight for their lives. Soon the gorge is flooded, they are attacked by barbaric mountain men, and “rural noir” comes alive in a terrifying Freudian dream about civilized men in the face of wilderness. If you’re looking to remind yourself that we’re all animals masquerading behind a thin veneer of civility OR if you’re just in the mood for something sadistic, an adult Lord of the Flies, per say, then this right here might be your Friday night viewing. We also recommend the James Dickey book on which it is based. 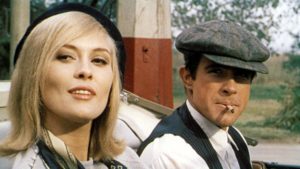 For those of you who are embarrassed to admit that, until the age of 14, you thought Bonnie and Clyde were the alter egos of Jay-Z and Beyonce, let it be known: this 1967 flick is the indisputable OG cultural depiction of the notorious criminals. Warren Beatty and Faye Dunaway launched the sexy outlaws into public imagination and arguably changed the way we see criminal behavior altogether. We could probably even trace all our favorite crime anti-heroes to these two fugitives from the ‘30s—their escapades and police chases, love and violence, all of which struck a chord with the growing counterculture, ushering in a new wave of cinema. (After: catch The Highwaymen, a Netflix original movie out this month about two Texas Rangers who trailed Bonnie and Clyde.) 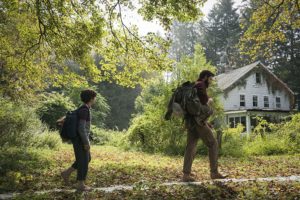 John Krasinski’s directorial debut spurred a new trend—the sensorially-impaired horror movie. “If it hears you, it haunts you.” Joke’s on me for thinking that was silly; turns out that sound—and lack thereof—is a horrifying concept, a cinematic gold mine, and you’ll be on the edge of your seat, straining to hear and to not hear for all of its taut 90 minutes. A finely drawn family drama at its core, Krasinski taps into a horror secret: when you care about the characters, the implications are all the more terrifying. In the aftermath of tragedy, a family must face the external monsters haunting their world as well as the demons within. There are some beautiful scenes, both submitting to the silence (taking the necessary precautions to play quiet Monopoly—felt tiles, padded surfaces) and confronting it (Krasinski’s son, overcome by the sound of the natural world, screams into a waterfall), making this movie about far more than the scares. 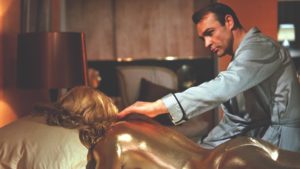 James Bond is coming to Prime in full force. It’s not just Goldfinger, it’s serious 007 fever: Diamonds are Forever, Live and Let Die, Never Say Never Again, Octopussy, The Living Daylights, and many more. The third 007 film—more finely cut than the first two and before the series became too extravagant—puts Sean Connery again at the helm, and you can’t really go wrong. When evil tycoon Auric Goldfinger heads up Operation Grand Slam, a plan that will obliterate the world economy, Bond and his brand new, tricked-out Aston Martin kick into high gear. 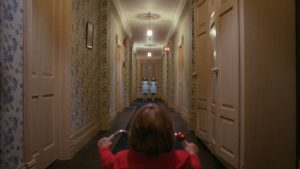 We’re in a golden age of Stephen King adaptations with Pet Sematary, IT, and Castle Rock, so why not take it back to the beginning, at least the beginning of the adaptations, with Kubrick’s terrifying masterpiece. Beyond the unnerving Overlook hotel, the creepy twins, the woman in room 237, and the axe-wielding madman, it’s the loss of sanity, the way you start to feel, just like Jack Torrance, like you can’t trust what you see. When it opened in 1980, it received mixed reviews and its fair share of pans; according to one critic at The Washington Post, it was “a ponderous, lackluster distillation of Stephen King’s best-selling novel…the Big Letdown of the new film season. I can’t recall a more elaborately ineffective scare movie.” He must have thought Jack was always a dull boy. 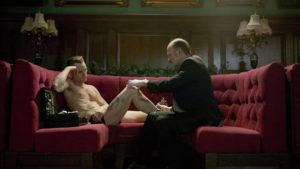 If David Cronenberg’s 2007 gangster film passed you by (it was a heavy year in noir with There Will Be Blood and No Country For Old Men also coming out around the same time), now’s your chance. Viggo Mortensen, Naomi Watts, Vincent Cassel, and Sinéad Cusack head up the stellar cast. A drug-addicted 14-year-old leaves clues in her journal for Anna, a Russian-British midwife, indicating the Russian mafia is running a prostitution ring in London. She dies in childbirth, but Anna takes the baby, risking involvement with the violent mob, who will do what they need to do to make sure the sex trafficking is not reported. The visceral Turkish bath fight in which a naked Vigo Mortensen takes on two clothed Chechen hit men will not be easily forgotten.

This strange little movie was one of 2018’s gems, a superhero origin narrative, a police procedural, and a love story, somehow all wrapped up into one Scandinavian tale. (Could it be from anywhere else?) Based on a short story by the author of Let the Right One In, John Ajvide Lindqvist, and directed by Ali Abbasi, an Iranian-born Swedish emigre, Border probes the otherness of being an outsider, as Tina, a customs officer with a developmental disorder and a superpower (the ability to smell contraband, and more broadly, guilt and fear) meets a man whose persona challenges her abilities. One reviewer aptly called it “a mating between the mind of David Cronenberg and something that crawled out of a compost heap.”

Tom Nolan on the Enduring Legacy of Ross Macdonald 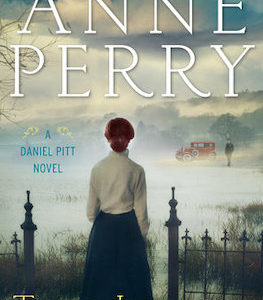 “There was another reason I came to England,” Patrick said after only a moment or two. It was as if he knew time would...
© LitHub
Back to top