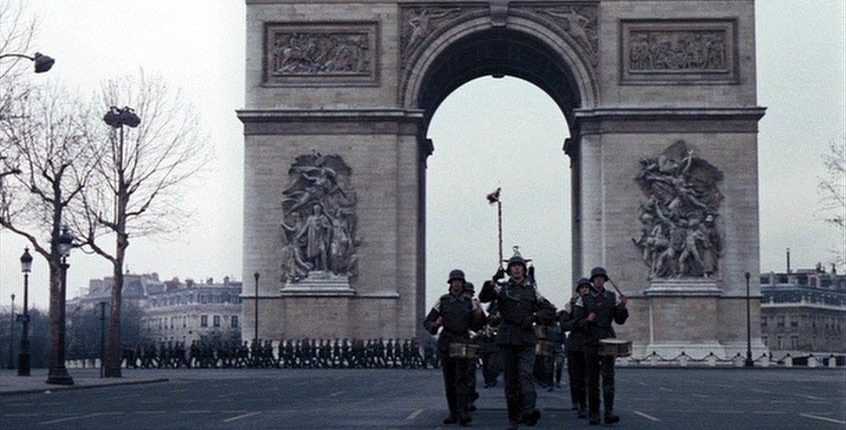 Gerald Stembridge on the Ugly Underside of Urban Beauty

The Anglo-American love affair with Paris has always been complex, and such great and diverse writers as Henry James, James Baldwin, and F. Scott Fitzgerald have wrestled with it. But the simpler, more sentimental depiction of Paris as the great city of romance really took flight from late 1944 when the city was liberated from the Nazi occupation. The American and British troops who enjoyed the extraordinary euphoria of victory, that unforgettable period of celebration, of pleasure-seeking, of youthful frolicking, of dreamlike nights by the Seine inevitably returned to their homeland with only the fondest memories.

For Parisians the relationship with their own city was always going to be different, which is not to say they don’t enjoy and endorse the romantic narrative, but inevitably their own perspective is more layered. They had after all lived through the dark days of an occupation made darker by the participation of their own people in that occupation. The shadow of collaboration was a long one and in 1969 a film, L’Armée des Ombres, (The Army of Shadows) confronted that reality in a distinctly noir-ish manner. The film, shot in a color so washed out it’s almost monochrome, told the story of the underground resistance to the Nazis, revealing with grim clarity how so many of their fellow citizens had just given up and worked with the occupying force. There is not a whiff of Paris as a city of romance in this film. Such was the depth of betrayal that it was more than 20 years after the war before the issue could be faced, and when it finally was, it played out as film noir, but with none of the sardonic wit of a Raymond Chandler story.

In the years immediately after the war, instead of exposing these somber realities, Paris focused instead on rekindling its legendary joie de vivre. It was in these years that its image as the world’s romantic capital prospered and the victorious British and American troops who felt the benefit of it fell head over heels for a city that flirted with them, feted them, and greeted them as saviors. For many young men this was also the first experience of the difference between the Anglo-Saxon attitude to sex and the more freewheeling Continental style. Was it any wonder they spread the word enthusiastically when they got home and made every young American yearn to do the Paris “thing” some day? As the song asked: How’re you gonna keep them down on the farm, after they have seen Paree?

The City of Light’s reputation was further burnished by its incredible art and architecture. Paris is a gorgeous city. But better than that it is a glorious walking city. There are many great cities wherein a visitor might be well advised to commute from landmark to landmark and not waste much time exploring the in-between, but in Paris it is the opposite. Indeed the trick is not to worry too much about finding the famous spots but simply to wander and indulge in the delicious surprises found on every corner, every turn left or right, every intriguing little entrance or passage way. Most days, surrounded by the beauty of Paris you won’t need a Michelin-starred meal to make you happy: an omelette nature at a corner café will do it; and you don’t need a night at the opera—sitting on the grass at the west end of Ile de la Cité at sunset is a transcendent experience.

One of the art movements we particularly link to Paris—Impressionism—also fits the city’s grand, romantic narrative; the color and light of gardens and flowers and that picnic on the grass, the movement and vibrancy of dance. Whether it’s Renoir’s bourgeois waltzers, Toulouse-Lautrec’s vulgar, carefree can-can girls, or Degas’s ethereal ballet dancers, it is all gorgeous and sensual and romantic.

But it was the work of an American master, exhibited in Paris, that first inspired my latest book, What She Saw. Seeing Edward Hopper’s work in 2012 was the moment when the idea of a noir tale set in the heart of this city began to interest me.

In the city’s post-war years it was a different kind of artist who almost singlehandedly created the new, mid-century version of Paris as the city of romance. A photographer named Robert Doisneau became the most celebrated chronicler of Parisian life. If the city’s romantic reputation could be expressed by a single artifact (which it can’t obviously, but play along with me here) then I suggest it would be his photograph, Le baiser de l’hôtel de ville (“The Kiss at the Hotel de Ville”). Doisneau was a marvelous documentary photographer and his oeuvre is a glorious hymn to the quotidian beauty and vibrancy and romance of Paris, but Le baiser de l’hôtel de ville was a moment of magic when everything fell into place. There have been accusations that Doisneau staged it, but for our purposes who cares? People love the photo because in itself it is youthful and spontaneous and romantic, but also because it says Paris to them. It is impossible to look at the photograph and not think of the city.

So is it perverse for a writer to present Paris any other way than romantic? Well, the mark of a truly great city is that it is not any one thing. Great cities have layers and nuance and can bear a considerable weight of conflicting forces. Above all a great city is not great for its beauty alone. The ugly underbelly of London revealed by Dickens did not dilute its imperial grandeur, the many dark portrayals of New York on film have only added to its pungent allure. In Venice the romantic and the sinister have combined for centuries in an unforgettable duet. By contrast it could be said that if Los Angeles had not been the setting for so many masterly noir novels if would be known as a rather featureless urban sprawl where even its delightful climate lacks variety and the only glamour or romance is of the manufactured kind.

Nevertheless, at nightfall… this boulevard suddenly becomes frightful. The black lines sink inwards and are lost in the shades, like morsels of the infinite. The passers-by cannot refrain from recalling the innumerable traditions of the place which are connected with the gibbet. The solitude of this spot, where so many crimes have been committed, had something terrible about it. One almost had a presentiment of meeting with traps in that darkness; all the confused forms of the darkness seemed suspicious, and the long, hollow square, of which one caught a glimpse between each tree, seemed graves: by day it was ugly; in the evening melancholy; by night it was sinister.

Romantic Paris indeed. For Victor Hugo in 1862 all the way through Simenon’s long career as chronicler of the murderous soul of the city to Fred Vargas today, the idea of Paris as a city of shadows as well as lights merely adds to its rich texture.

Romantic is good, romantic and dangerous is better.

Gerard Stembridge’s What She Saw is available now from Harper.

Gerard Stembridge is an Irish writer and director whose credits include About Adam, Guiltrip, and Alarm. His screenplays include Ordinary Decent Criminal and Nora. He lives in Dublin and Paris. 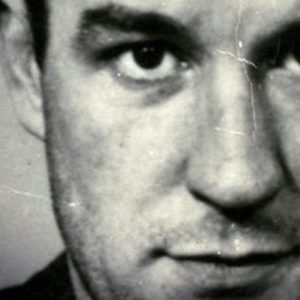