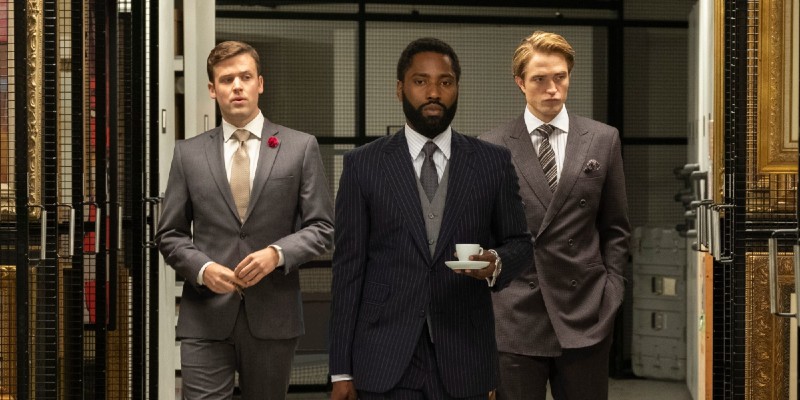 John David Washington and Robert Pattinson in a time-travel espionage caper – this warrants another viewing.

Christopher Nolan is one of those writer-directors who critics like to accuse of being too “cerebral,” even “chilly.” Nearly all of his films are puzzle-boxes, playing with time and space and memory, and these commentators argue a good deal of human warmth is lost in the plots’ coolly whirring components.

Such were the criticisms leveled against his most recent film, “Tenet,” which proved especially challenging for audiences to embrace—but if you give its complexities a chance (and a second viewing), you might find it one of his better works.

“Tenet” has the foundation of a globe-trotting espionage movie, but the relatively standard-issue spy-vs.-oligarch plotline is welded to a plethora of scholarly concepts: the flow of time and entropy, existential determination, and even climate change. To that end, the core plot is relatively straightforward: While trying to extract a spy from a terrorist siege of the Kyiv Opera House, a CIA agent known only as the Protagonist (John David Washington) is almost hit by a bullet that appears to move backward. Minutes later, he’s captured and tortured—but commits suicide via pill before he cracks. Then he wakes up to discover the pill was a “test,” and that he’s been enlisted by a mysterious organization to figure out the source of the bullets that sped in reverse (a concept characters call “inversion”).

The Protagonist tracks the bullets to an arms dealer in Mumbai, where he’s connected with Neil (Robert Pattinson, post-“Twilight” and pre-Batman), sent by the organization as his handler. They trace the bullets from the arms dealer to a Russian oligarch named Andrei Sator. As the Protagonist digs deeper, he discovers Sator is blackmailing his estranged wife, Kat; he uses this information to infiltrate Sator’s life and criminal works, eventually figuring out the oligarch is in communication with the distant future. And folks in the distant future want to do something terrible to the present world.

That’s enough plot spoiling for now; suffice to say, bullets aren’t the only objects flowing backwards through time. One of the film’s biggest set-pieces is a highway chase in which vehicles crash, only to flip and become whole again. At another point, the Protagonist participates in a hallway brawl with an “inverted man” who punches, shoots, and even slides across floors in reverse:

Nolan admitted in a pre-release interview that he wanted to use “the audience’s facility with following the conventions of [the spy movie genre] to push it into some interesting and unexpected territory.” Which is a good idea in theory, but even with those familiar conventions, “Tenet” is often a hard watch the first time through, demanding the audience’s concentration to tease out what’s going on—in addition to the time-related stuff, the espionage elements of the plot have their own layers and nuances.

Most of the film’s vital information is delivered via lengthy speeches, but even these hefty chunks of exposition don’t deliver everything the audience needs. Like many movies that attempt to tackle the plastic nature of time, many of its conceits threaten to fall apart when you give them too much thought; Neil and the Protagonist sometimes trail off and shrug their shoulders in frustration, as clueless as the audience about the ramifications of communicating with the far future or traveling back into the past.

It’s a testament to Christopher Nolan’s clout that Warner Bros. ponied up the $200 million budget for a film that’s gloriously shot and pyrotechnic at moments, but also demands the audience meet it on its own terms. Nolan also pushed his studio to release the film theatrically during the first year of the COVID-19 pandemic, figuring the movie’s revenue would give theaters a much-needed boost (in the end, it grossed a little more than $350 million, which is probably much less than it would have earned in a non-pandemic summer). But often it feels like his least talked-about film, the one that either nobody saw or didn’t really like.

And that’s too bad, because despite its convoluted plot and dense theorizing, “Tenet” has a real heart, one that’s easy to miss on your first viewing. Near the very end, the true relationship between two characters is finally revealed. It’s a deep and emotional moment, one that completely recasts everything you’ve just watched; but coming in the second-to-last scene, it also trembles on the edge of feeling like a throwaway, a final “gotcha!” flip from director to audience.

Thanks to that scene, “Tenet” becomes a very different film on its second viewing, once you recognize the intensity of the characters’ bond. Every conversation and traded look between the two of them carries new history; it’s no longer just a tale of time-manipulating spies, a chilly mash of Ian Fleming and Richard Feynman—it’s also about a love that transcends time. You realize Nolan is trying to get away from the tired trope of the dead wife/girlfriend/parents that drove the emotional engine of so many of his other films—and while you might argue the script’s structure sabotages his efforts, it also shows he’s still growing as a creator, despite all the blockbuster success.

It’s also somehow fitting that a film about moving backwards and forwards in time needs to be watched at least twice for maximum emotional impact. If you watched “Tenet” once and didn’t particularly like it, or didn’t understand what was going on, give it another chance; on second viewing, it transforms into something new and touching—even warm. 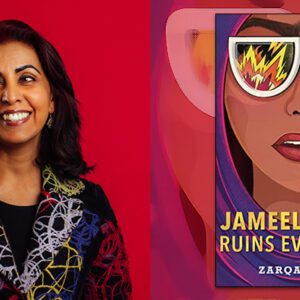 Zarqa Nawaz is as smart as she's funny, and that's saying something, since she's very funny. Nawaz first became known for her hilarious...
© LitHub
Back to top