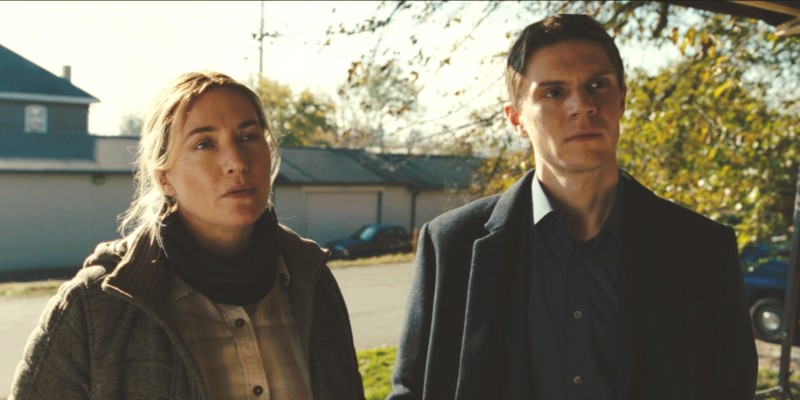 We went outdoors more in 2021 than we did in 2020, and boy it was nice. But now that we’re staring down the barrel of our third pandemic winter and will doubtlessly be spending more time sheltering indoors in the coming months, it’s time to talk TV. Happy Holidays, I guess.

It was a good year for TV, and not just crime TV. In case you were wondering about good, non-crimey TV recommendations, I also suggest The Chair, What We Do in the Shadows, WandaVision, Schmigadoon, and All Creatures Great and Small. (My friend Katie Yee also recommended Love Life, Season Two and I am going to watch it before year’s end. She has flawless taste so I’m just saving time and passing the rec on to you now.)

Anyway, below are our picks for the best crime and mystery television shows of 2021. As with all of our best-of-year content, this list is not ranked.

Here are the rules for our selections: all series considered had to have seasons that aired in 2021 in the US. We’re featuring brand-new shows alongside long-running shows with new seasons (though we’ll specify among them). Miniseries count. So do international programs. And, as usual, “crime” is defined rather broadly, to include all illegal activity from theft, to murder, to cons, to gangster shenanigans, to on-the-lam stories. So yes, Succession qualifies, I’ve decided.

All of these shows are available to stream, and we’ve included those details with each listing so you can get to watching right away. 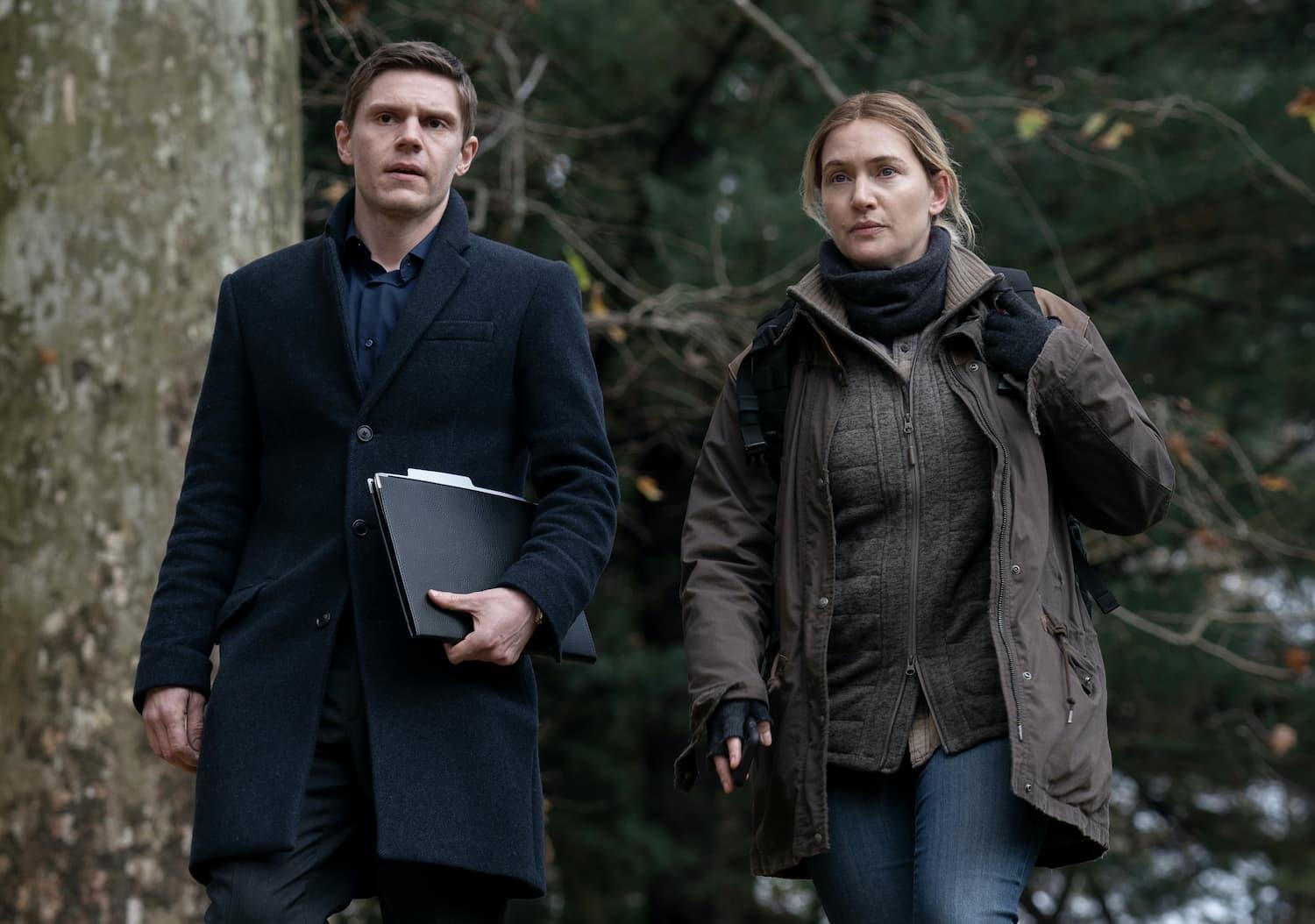 In Mare of Easttown, blood is thicker than water, but not thicker than a Delaware County accent. Kate Winslet plays Mare Sheehan, a police detective in a sleepy town somewhere outside Philadelphia. She, a divorced and stressed out mother who cannot catch a break, winds up investigating the death of a young local woman, a sweet single mother with an abusive father and a good-for-nothing ex who winds up dead, half-naked, in the woods. Although it begins trafficking in unhelpful and cliched tropes about female victim-hood, what follows is a caring and sympathetic investigation focused on how society alternatingly ignores and takes advantage of female pain. (Plus, Evan Peters is great.) This relatively unassuming crime drama became one of the buzziest shows of the year, and it deserves this attention. I, myself, went as Mare Sheehan for Halloween this year, in that I wore a flannel shirt and ate a large sub sandwich. 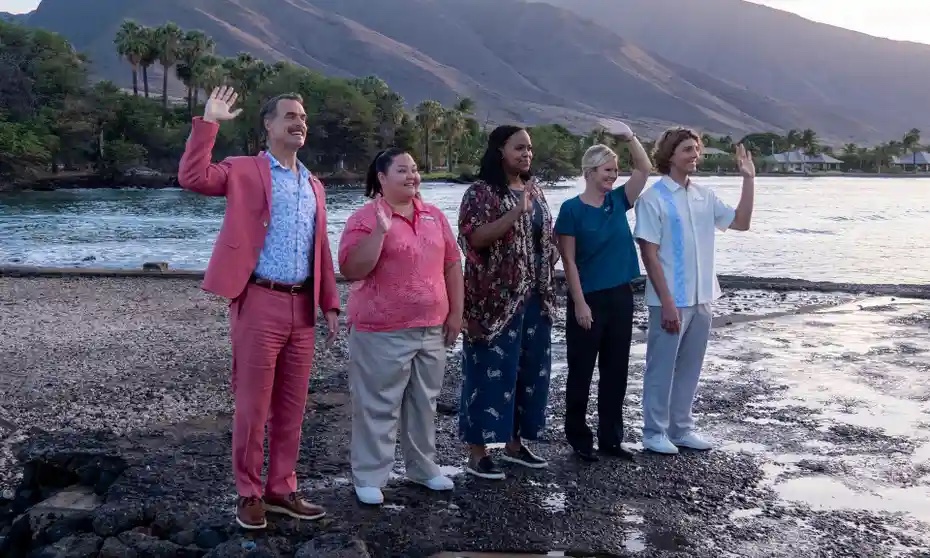 What can I say about The White Lotus that has not already been said? It’s a fabulous excoriation of the performative ally culture enacted by rich, white (or rich and white) liberals. And if the penetrating social satire doesn’t do it for you, the governing question “whose human remains are those?” definitely will. 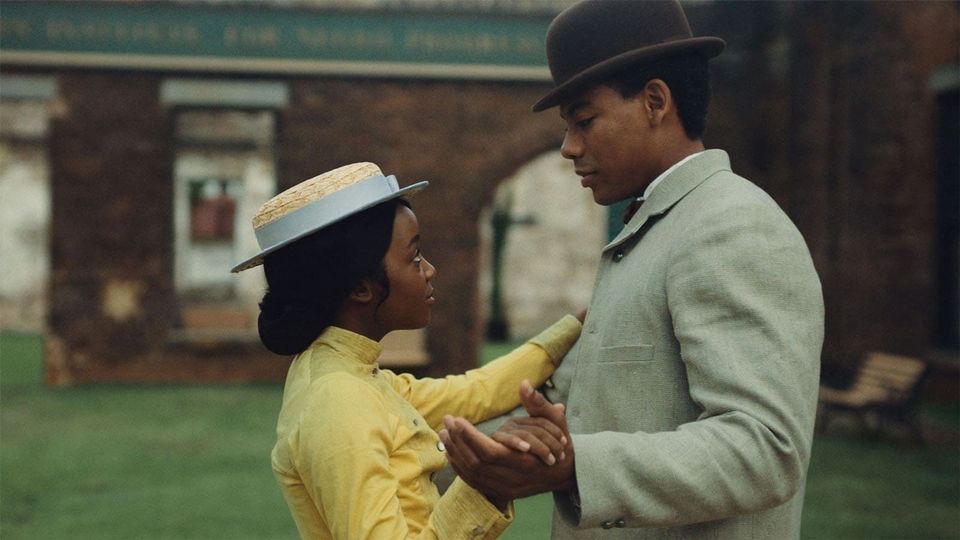 The Underground Railroad is hands-down this year’s best television series, filmed by the incomparable Barry Jenkins. This adaptation of Coleson Whitehead’s Pulitzer-prize-winning magical-realist novel about a young Black woman who attempts to escape slavery in the Antebellum south is one of the most gorgeously-plotted, richly-designed, brilliantly-lit things I’ve ever seen. It’s a heartbreaking, gripping story, depicted with perhaps the greatest visual and sonic beauty ever captured in the format. A must-see if there ever were one.

Only Murders in the Building, Season 1 (Hulu) 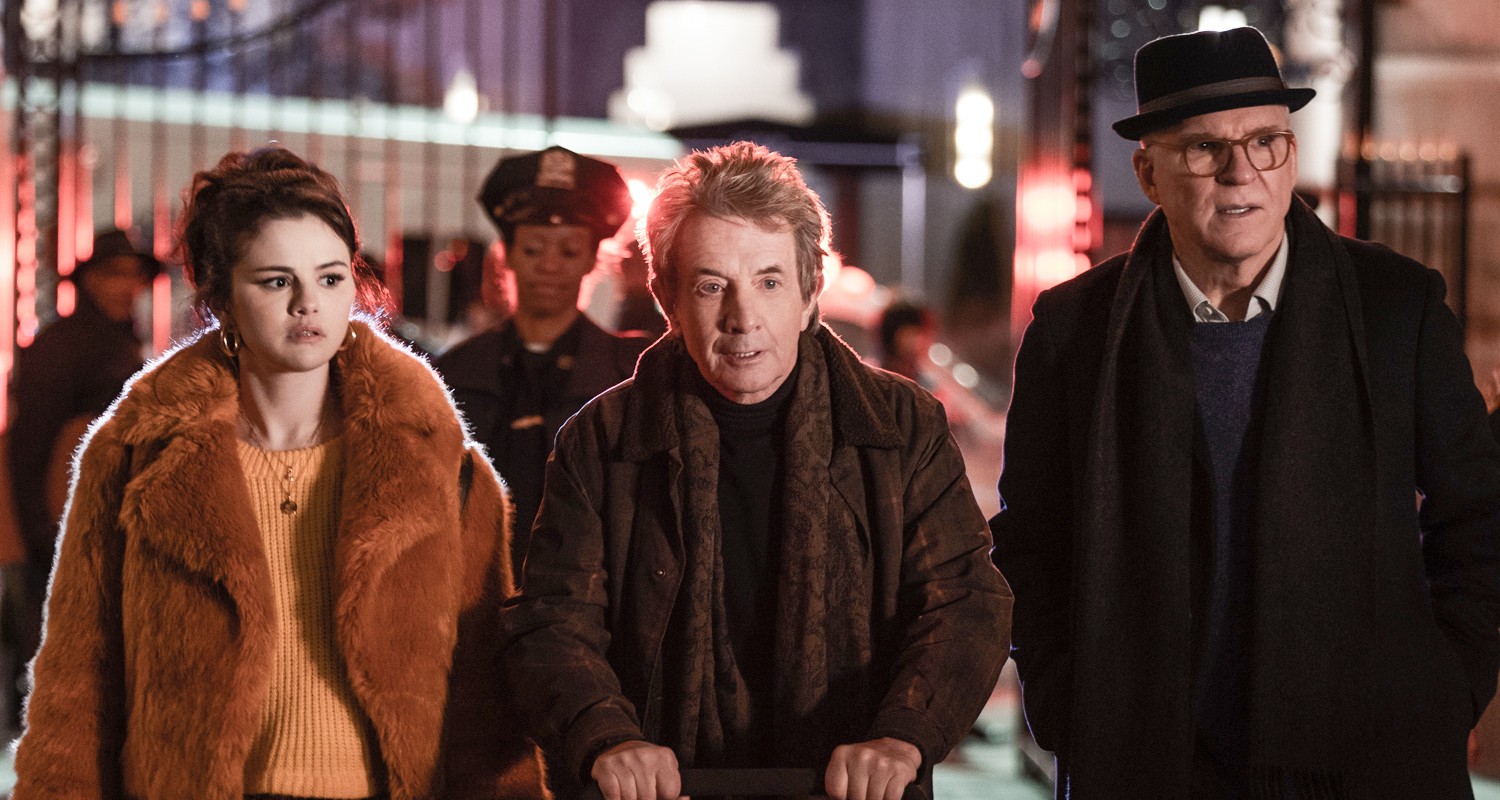 Few things in 2021 were more pleasantly surprising than Only Murders in the Building, the delightful Manhattan-set whodunit co-created by Steve Martin. This show has it all: exciting twists, excellent physical comedy, real emotional depth, meaningful commentary on crime as entertainment, and Martin Short. This series lures you in with its very fun murder mystery plot, and keeps you in its thrall via leagues of penetrating character development. Grab yourself some gut milk and tune in. After you watch a rerun of Brazzos, of course. 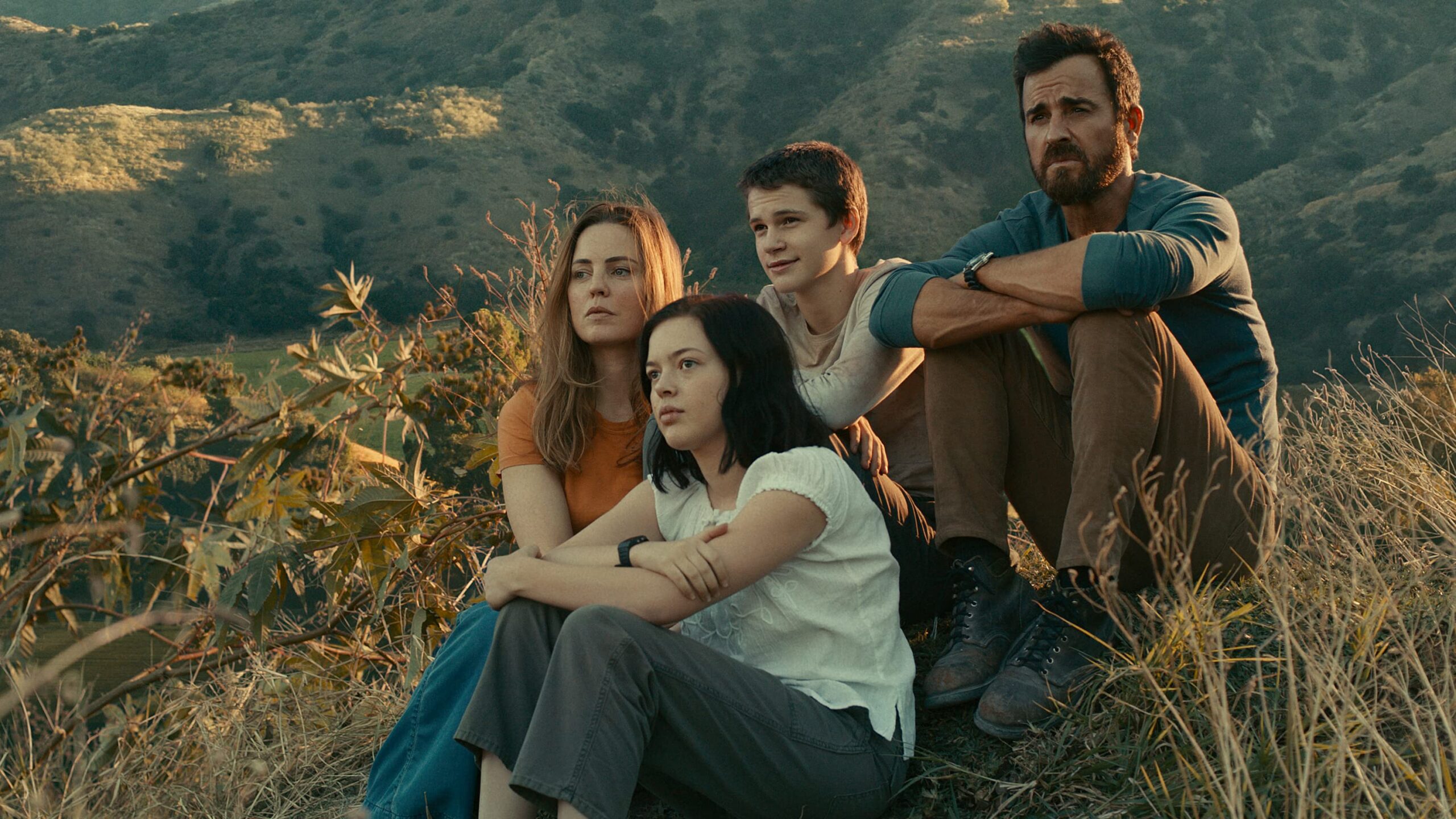 You might have missed The Mosquito Coast, Justin Theroux’s adaptation of his uncle Paul Theroux’s novel, but you should loop back and watch it. It’s about an idealistic, super off-the-grid American inventor who uproots his family and moves them to Latin America in pursuit of a better life. But soon U.S. government agents are on their trail, and they must go on the run. 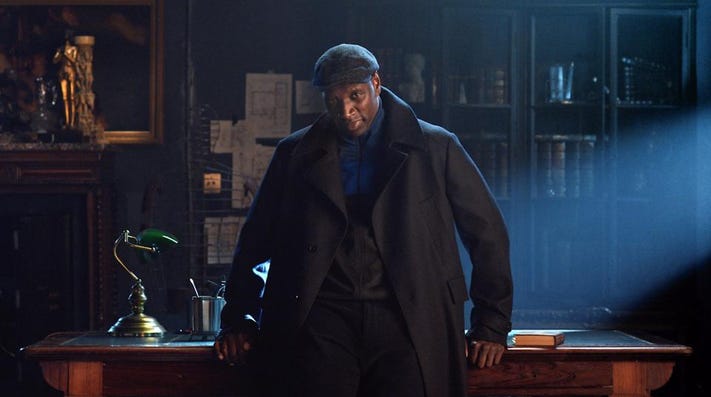 I gotta say, Lupin really got me through the January doldrums in 2020. A modern update of Maurice LeBlanc’s famous turn-of-the-century mystery series detailing the exploits of gentleman thief-cum-detective Arsène Lupin, this is a story about a Lupin-fan-turned-professional-thief named Assane Diop who commits a spectacular heist to avenge the unjust imprisonment and related death of his father. It’s both over and underbaked in places, but it’s nonetheless a compelling and charming tale. 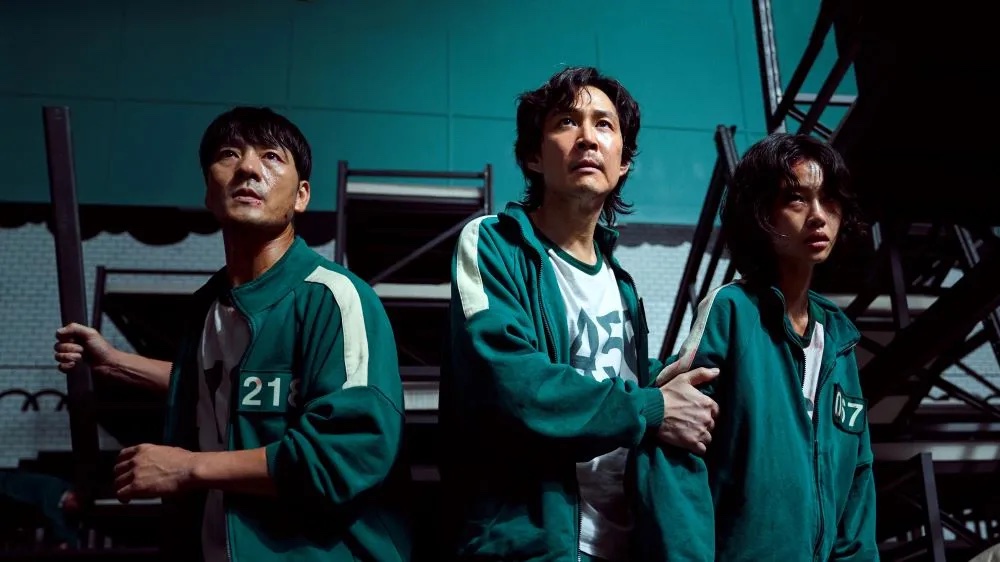 Squid Game was the winner of 2021 (if that’s all possible). This biting Korean satirical thriller tells about hundreds of individuals in bad debt who are invited by a shadowy organization to compete in an elaborate series of children’s games, updated to feature deadly stakes and an enormous, life-changing financial reward at the end. Kind of like graduate school, except there is no enormous, life-changing financial reward at the end. 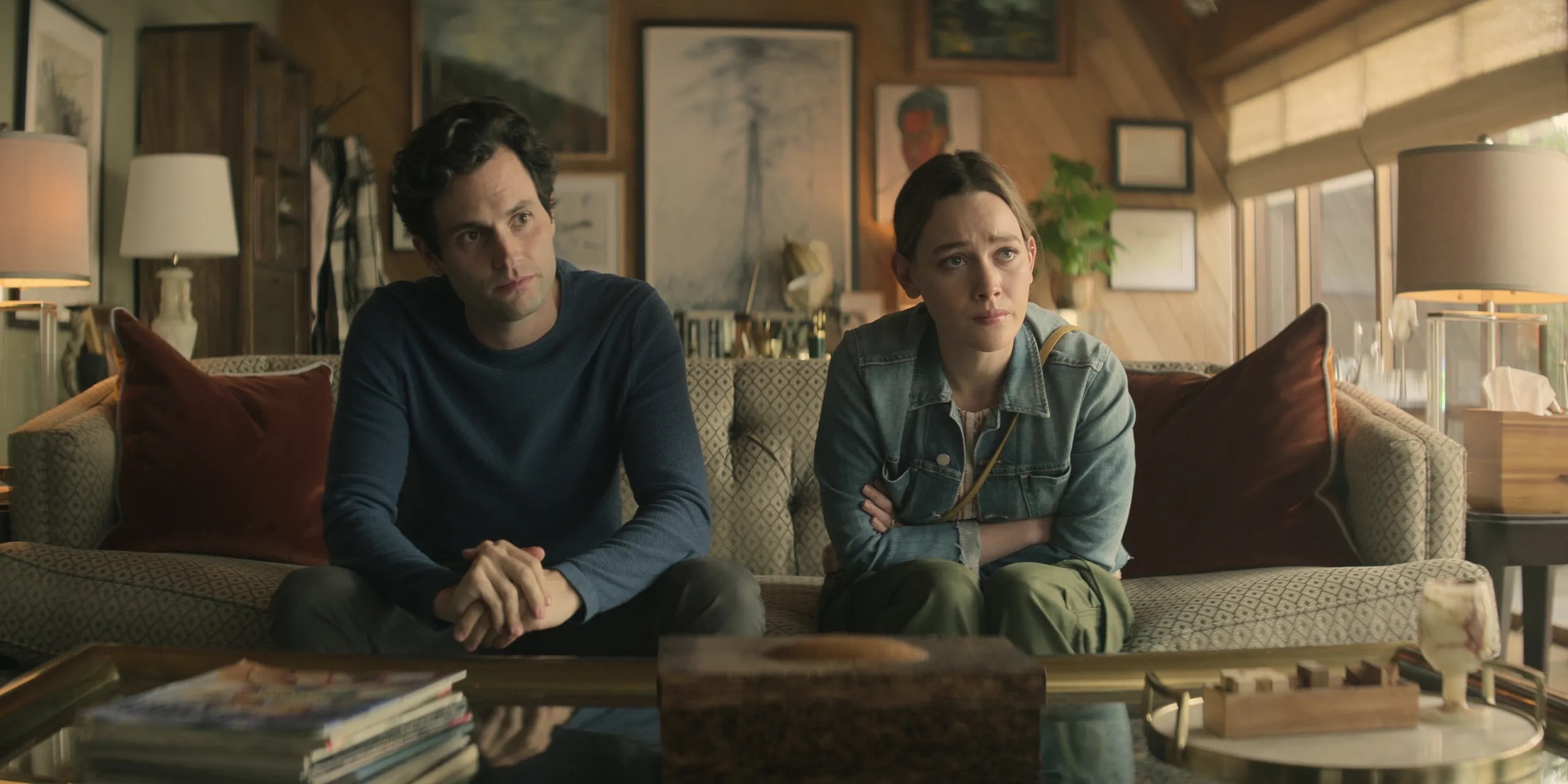 Could we show our faces ever again if we didn’t include this newest installment of the television adaptation of the book series by Caroline Kepnes? No! In a very tight, compelling third season that I watched all in one long night (a real endorsement, since I do not habitually binge my TV), the story of Joe the serial-killer-who-thinks-he’s-a-rom-com-lead grows even more twisted, as he winds up being the more rational and less violent person in a new partnership. 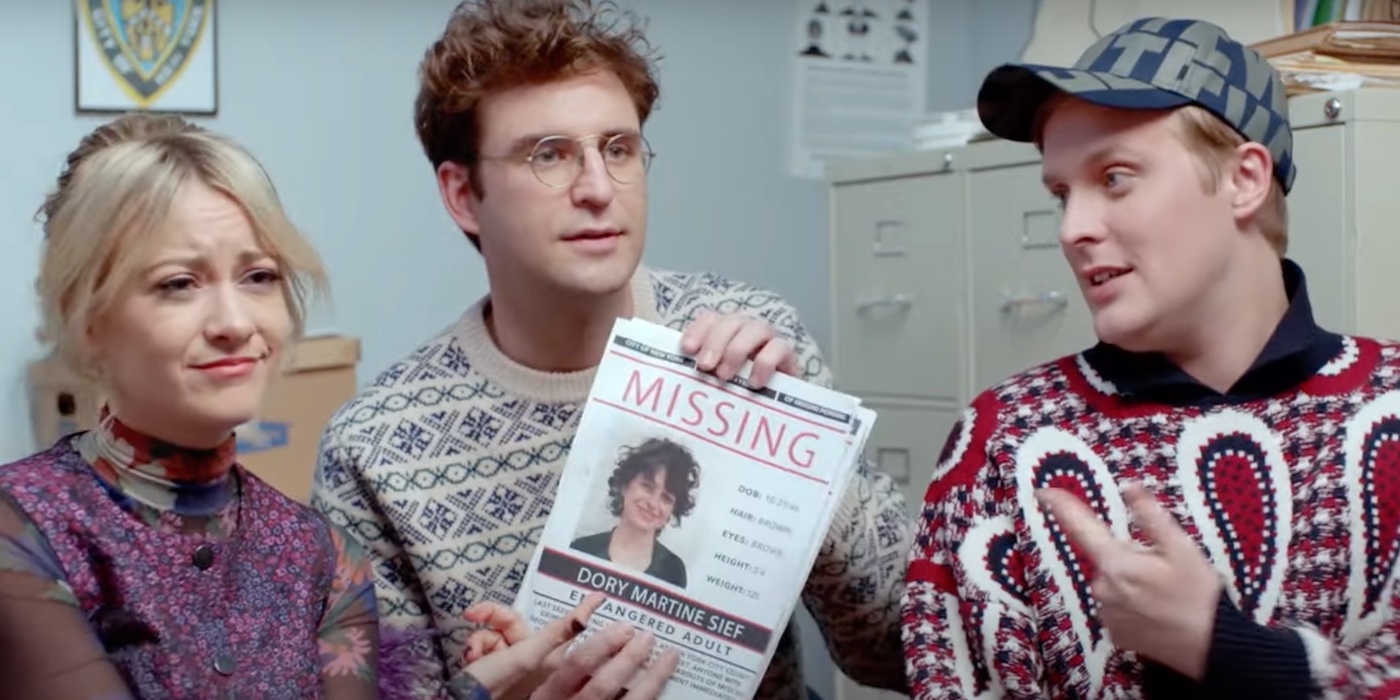 There were many interesting discoveries in 2021 (the delta variant, the 10 minute “All Too Well,” the omicron variant, the the possible identity of the Zodiac Killer, Ben Affleck and J-Lo’s new love affair, Jorts the cat, etc), and for me, one of them was the realization that Search Party is still on. And it’s good! If you, like me, had not watched it since 2016, I recommend going back and watching the previous seasons and re-familiarizing yourself with the circumstances that brought our band of oblivious Brooklyn-based millennials to brush with crime. 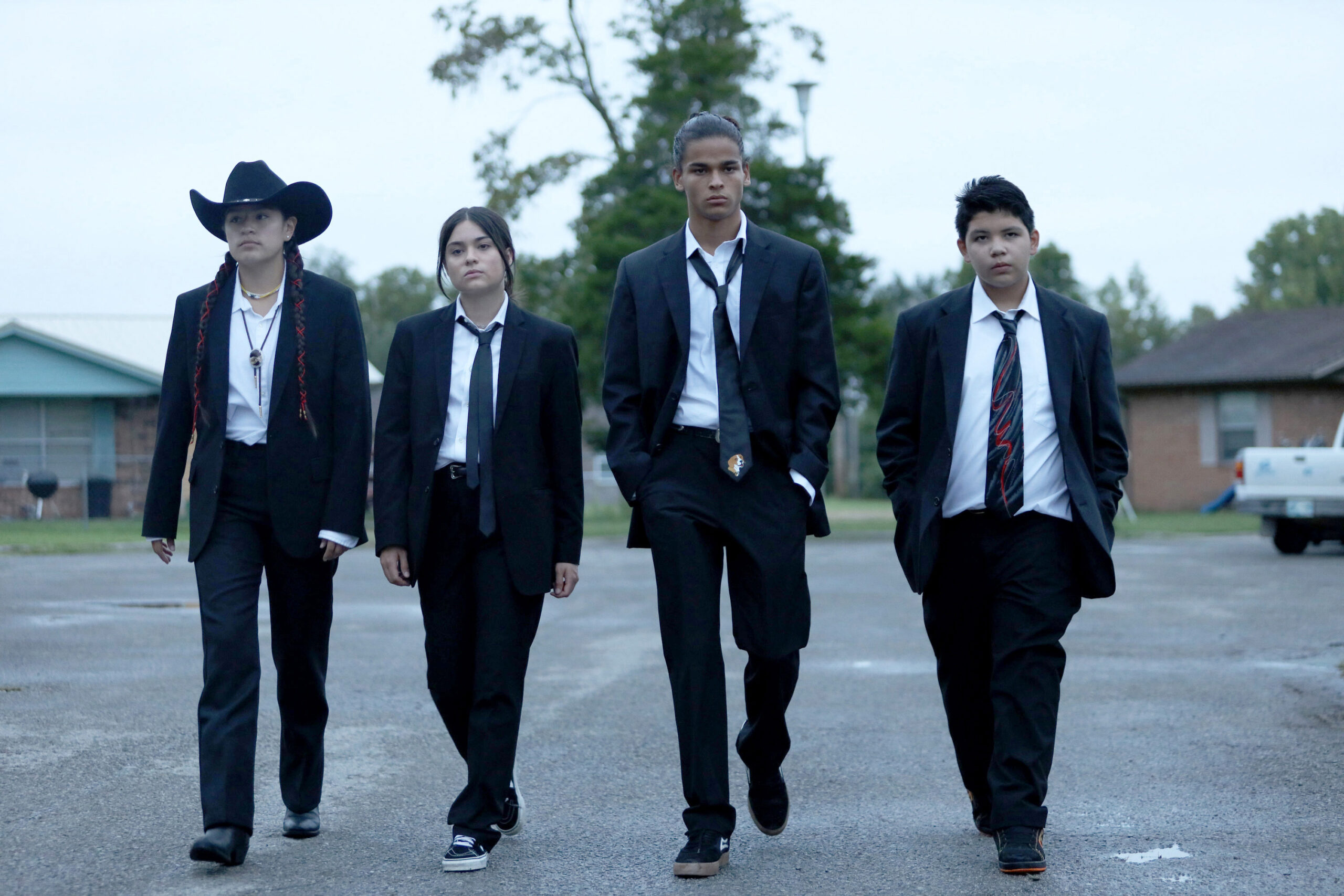 Reservation Dogs is one of the best, freshest shows on TV right now, about a group of four friends—Elora, Bear, Willie Jack, and Cheese—who commit petty thefts to finance their move from their Oklahoma reservation to California. I DARE you to find a show on TV with more heart. 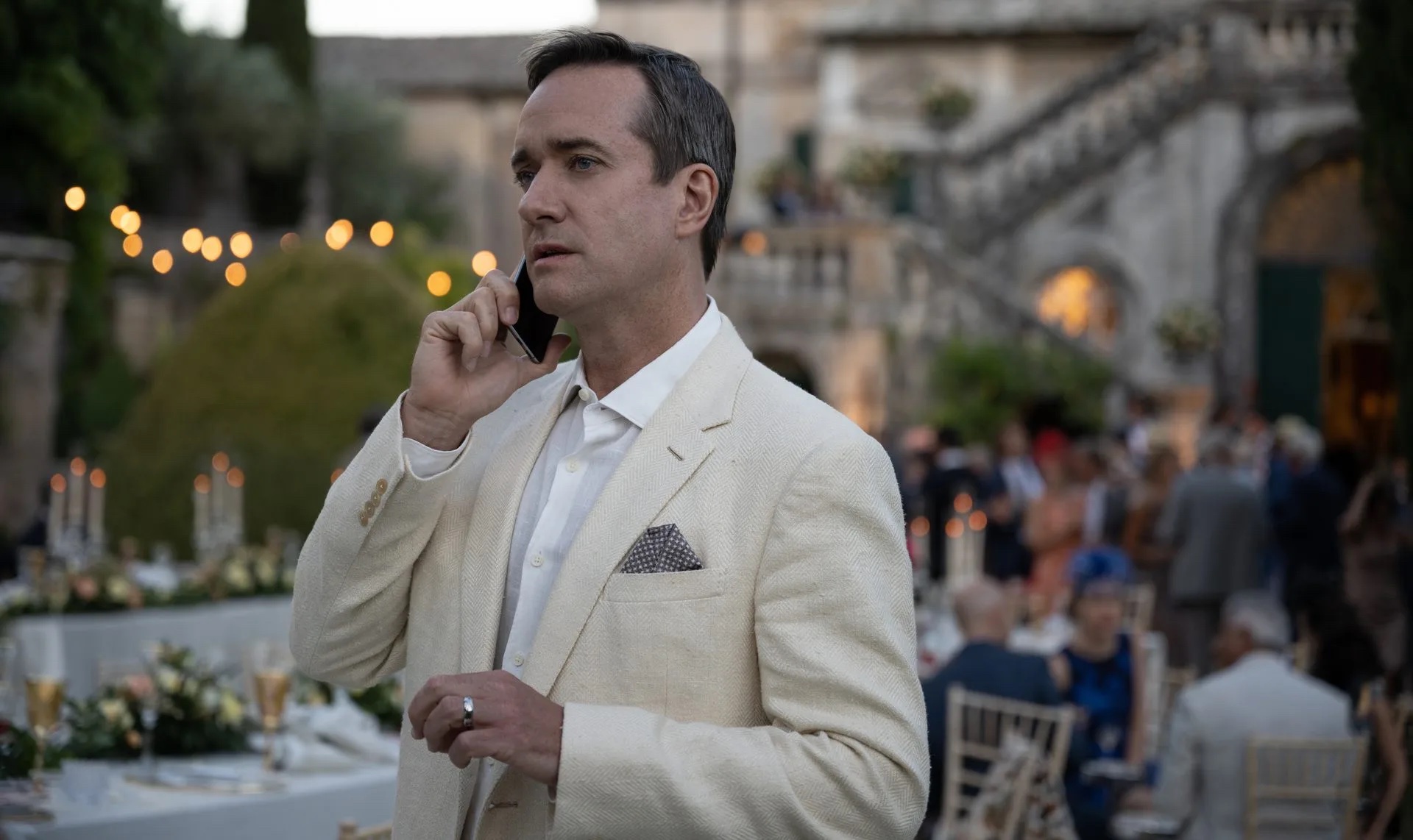 I haven’t technically seen Season 3 of Succession (I’m still in Season 1), but I’m putting it on here at the assurance of my colleagues (and the endorsement of Twitter, which exploded on a certain Sunday night, a few weeks back). If you are not watching this King Lear-esque chronicle of the vituperative, Machiavellian exertions of the Roy family members as they each vie for control of the family’s Murdochian media empire, then I don’t know what your HBO Max subscription is for. How sharper than a serpent’s tooth it is to have a thankless child! 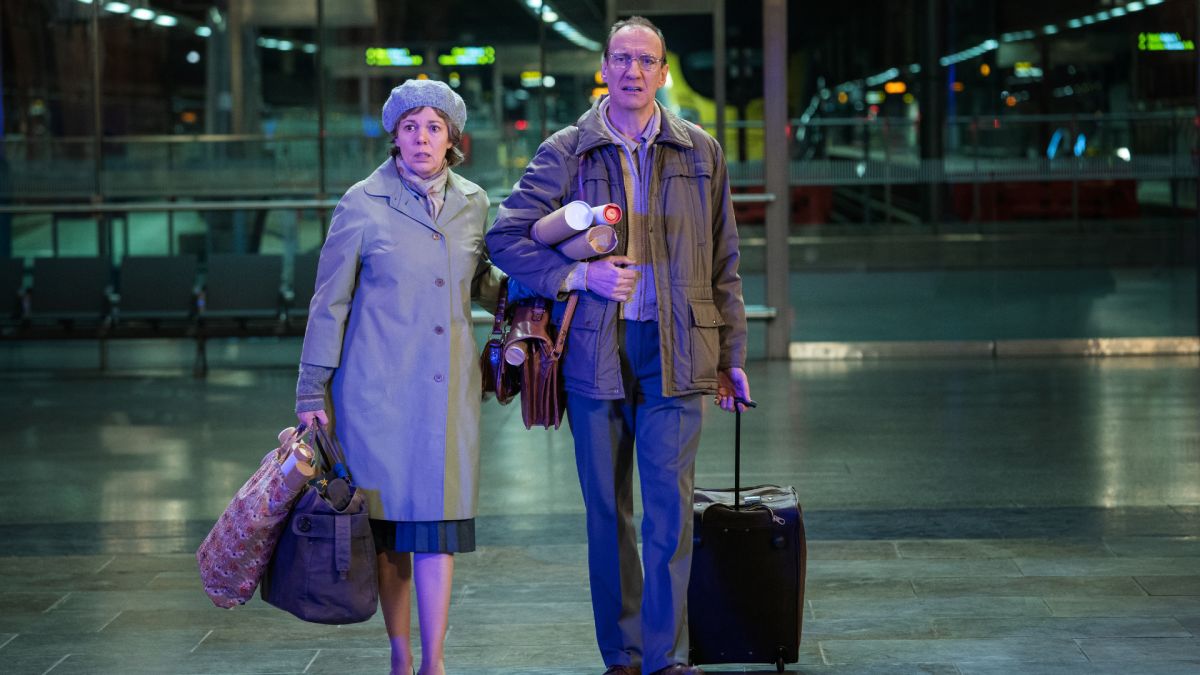 Landscapers, which has only aired three episodes so far, seems to have gone under the radar, and I can’t imagine why. Maybe because it has has only aired three episodes so far. Olivia Coleman and David Thewlis STUN as an English couple who become the focus of an investigation when two dead bodies are found in the backyard of the house where they used to live. It’s a black-comic fictionalization of the Nottinghamshire murders of 1998, a real swamp of a show, hued in mossy greens and yellows like you’ve never seen. 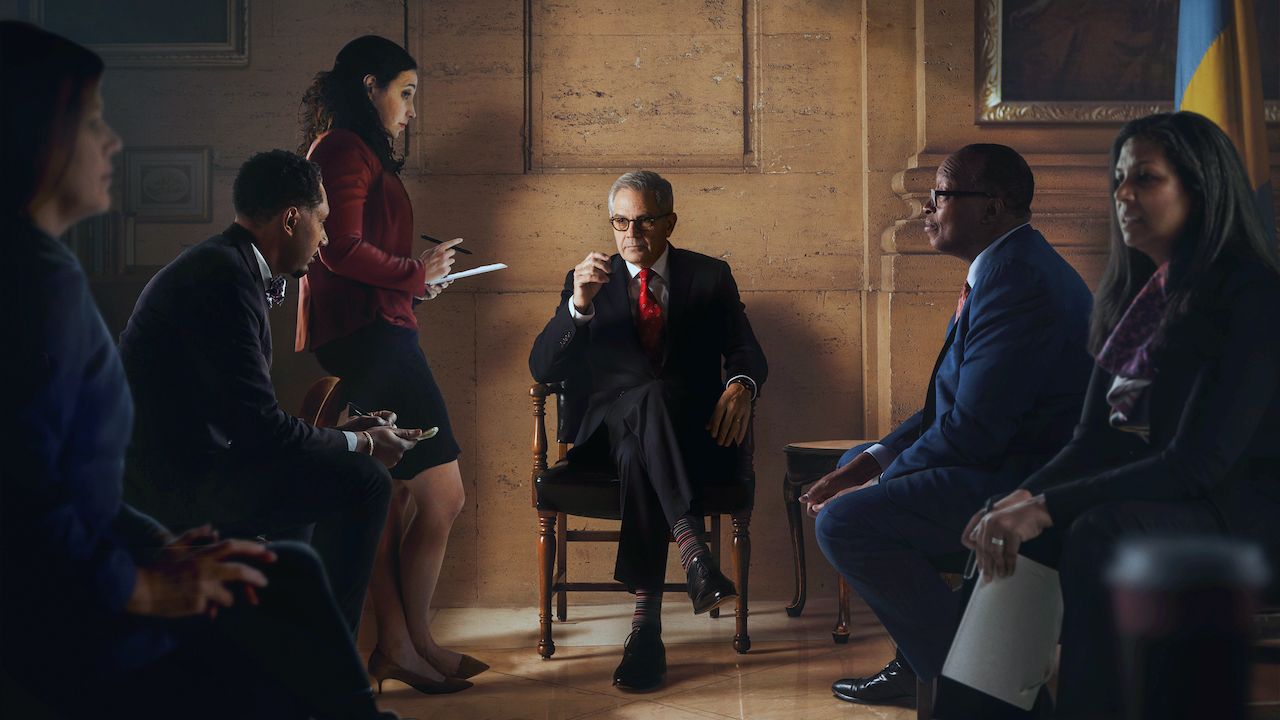 PBS’s eight-part documentary series about the once-outsider civil rights lawyer Larry Krasner, who became the Philadelphia District Attorney in 2017 is a fascinating, riveting portrait of institutional power. Krasner, who spent decades reproving the DA’s office for its upholding of an unfair system, is elected DA, and spends his first term trying to dismantle his office’s longstanding power structures and the Philadelphia criminal justice system at large.

For my money, the other best television series of the year was Mike Flanagan’s seven-part horror miniseries Midnight Mass, which aired on Netflix in September. I am not above stretching the criteria for these lists on this crime website to accommodate excellent out-of-genre works, but even I think it’s a little impossible to justify squeezing in a wildly allegorical supernatural series about the evil people do in the name of Christianity. BUT I’m going to do it anyway. Midnight Mass. It will change your life. It’s about the inhabitants of a small New England island town who begin to experience strange phenomena after a charismatic new priest is appointed to their parish. Hallelujah. And God bless us, everyone. 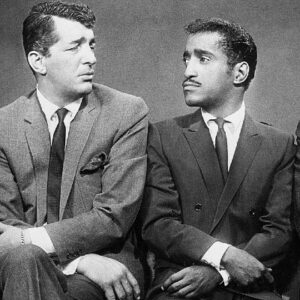 You either doo be doo be do like the Rat Pack or you don’t. Their legacy is messy. On the one hand, the supergroup of Frank...
© LitHub
Back to top