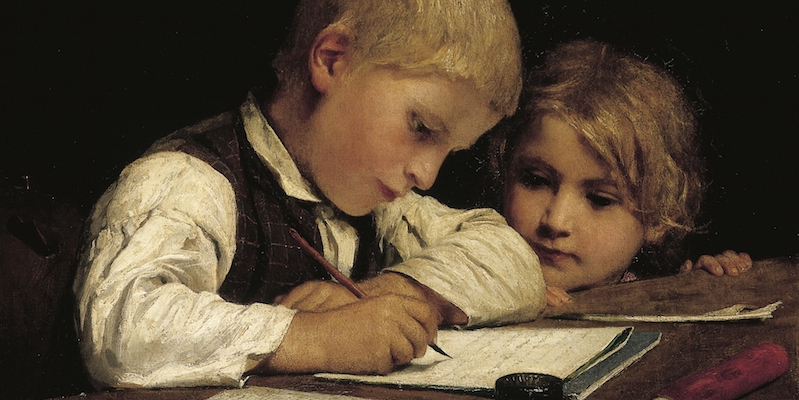 8 Podcasts That Wade Through a Grim World of Young Criminals

There’s a reason why the trope of the evil (or seemingly evil) child is so pervasive in fiction—from The Turn of the Screw to We Have Always Lived in the Castle to The Bad Seed to Hereditary. The idea that a child’s innocent smile could mask a depraved mind is uniquely disorienting, akin to tripping on the last step on a staircase that is shorter than the others. In the arena of fiction, children can sometimes be classified as basically evil without too much protest from the audience or readers (though I would argue that the best fiction refrains from such easy delineations)—but in real life, we must struggle more openly with how to define the dangerous, even homicidal children who form a very real part of our world.

When taking on such a difficult and delicate topic—keep in mind that just for one thing, crimes perpetrated by children are often committed against children—crime podcasters have a series of choices to make. Do they include distressing details in the interest of unflinching honesty, or withhold them in the name of sensitivity? Do they empathize with the perpetrators, or highlight their otherness? Do they speculate as to a possible explanation, or stick only to the facts?  The end result will land somewhere on a spectrum running from sensationalism to understatement, which will satisfy some listeners, and alienate others. These eight podcast episodes each deal with menacing children in their own way—reminding us that the extremes of human nature don’t have a minimum age, and neither do trauma, misconceptions, or cycles of violence. There’s more than one way for a child to be dangerous, and more than one way to tell their story. 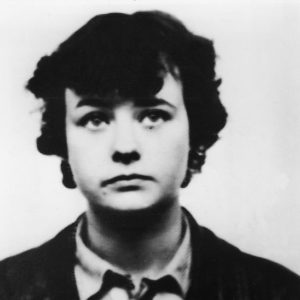 Once Upon a Crime

No list of terrifying children would be complete without Mary Bell. In 1968, the beautiful little girl with eerie blue eyes strangled a toddler to death on the day before her 11th birthday, killing again two months later before the crimes were traced to her. In Once Upon a Crime, host Esther Ludlow presents her episodes as chapters of larger themes, from The 12 Crimes of Christmas to Millionaire Murders to Killer Kids—presenting true crime as a kind of storytime, complete with plot arcs and characters. Ludlow, a counselor and life coach, is always interested in what makes those characters tick—and here she employs her methodical, well-researched approach to examine Bell’s case.  Switching back and forth between Mary’s crime spree and her earlier upbringing, which was marked by persistent abuse and neglect, Ludlow uses firsthand footage and detailed accounts to try to make some sense of Mary Bell.  All three chapters of Esther’s installment on child criminals are well worth a listen, and all leave the listener wondering whether any crime—especially one committed by a child—has only one victim. 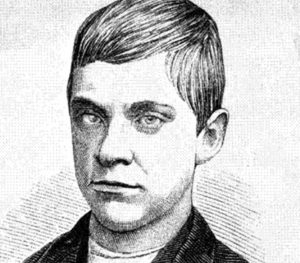 In every episode of Most Notorious!, host Erik Rivenes, the author of the Detective Harm Queen historical mystery series, interviews a historian who has exhaustively researched a piece of true crime history. No matter how unique each subject is – and they don’t get more unique than this one – Rivenes and his guests always remain aware of where each case fits in history, along with cases like it. Here Rivenes speaks with Harold Schecter, the author of Fiend: The Shocking True Story of America’s Youngest Serial Killer. It’s the story of “The Boston Boy Fiend” Jesse Pomeroy, who at the age of 12 began abducting and torturing several young(er) children in 19th century Boston. Before long, Pomeroy moved on to murder, further shocking a public and judiciary who found themselves unsure how to make sense of, or punish, such terrible crimes. On top of the crimes themselves, Schecter and Rivenes examine Pomeroy’s upbringing, his sentencing, and its aftermath—as well as the serial killer’s place in history, and whether this type of criminal, at any age, is an inevitability of human nature.

Mens Rea, which translates to “guilty mind” in Latin and refers to the criminal knowledge of wrongdoing, is a podcast on true crime from the UK and Ireland. Hosted by Sinéad, a former tour guide with degrees in human rights and legal studies, Mens Rea leads the listener through case histories in a measured, detailed way that is precise and fluidly presented, focusing on facts without commentary. Here Sinéad covers the heartbreaking 1993 murder of 2-year-old James Bulger, starting with his disappearance and moving through the police’s realization that, horrifyingly, the murder had been committed by two other children. Jon Venables and Robert Thompson, both 10 at the time, would become two of the most notorious child criminals in modern history, but Sinéad does not sensationalize their story, adopting the same restrained tone she employs in all of her episodes—covering the facts of the case and the backgrounds of Venables and Thompson, but letting the listeners draw their own conclusions on how such a tragedy could have occurred. 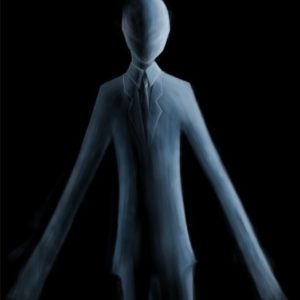 Psycho-Analysis of the SlenderMan Stabbing

There are a lot of podcast episodes about SlenderMan, and they run the gamut—some focusing more on the Creepypasta origins of the SlenderMan myth, some on the artistic creations that the myth has inspired, and some on the SlenderMan Stabbing of 2014, when two 12-year-old girls in Wisconsin attempted to murder a classmate, and pointed to SlenderMan as their motivation. Unpopular Culture, hosted by psychotherapist Michael Drane, does an excellent job at sifting through all of it. Drane uses detailed first-hand accounts and primary footage to paint a well-rounded portrait not only of SlenderMan, but of the three preteen girls—and their families—at the heart of the stabbing. Unlike many SlenderMan podcast episodes, this one was recorded after the trial and sentencing, so that Drane considers the implications of the verdict, and also looks at case studies of shared psychotic disorder, comparing them to what we know about this case. Unpopular Culture certainly doesn’t shy away from commentary and analysis—Drane’s psychoanalytical perspective is the whole basis for the podcast—but Drane lets the listener separate fact from opinion, and the thoroughness of his research can’t be disputed.

Spirits is a podcast about mythology, folklore, and history, where co-hosts Julia and Amanda discuss a different topic, over a different drink, every episode. In Episode 45, they sip whisky and take a look at creepy kids: changelings in Ireland, Germany and Nigeria, the crying child in a cursed painting, the ghost of a Japanese schoolgirl, terrifying kids in horror movies, and more. Julia and Amanda have a relaxed conversational style, often looking at serious topics in a humorous way, while remaining very aware that mythology and folklore are often a community’s way of both explaining and stigmatizing otherness—so that anything from developmental disabilities to chronic miscarriages to a simple case of pneumonia can be assigned an otherworldly cause that merits brutal punishment.  While children can be creepy, they can also be ready-made victims, which is something that Spirits never loses sight of. 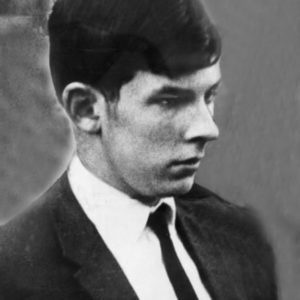 They Walk Among Us

In this episode, They Walk Among Us looks at the case of juvenile serial killer Graham Young. The boy who would become known as The Teacup Poisoner began experimenting with poisons at age 13 by trying them out on his friends and family; by age 14, he was serving time in Broadmoor Hospital for murder, but his criminal history didn’t end there. They Walk Among Us has always been most interested in cases like this, in the criminals who are closest to us – even if they’re our family, even if they seem harmless, and even if they’re a child. With his trademark soothing voice, narrator Benjamin guides the listener through Graham’s life both before and after his crime spree in 1960s-1970s England, in a thoroughly researched, tightly organized, and improbably calming narrative that refrains from melodrama.  The puzzle of Graham Young may never be solved, but it can and should be thoughtfully examined, and this is where podcasts like They Walk Among Us excel. 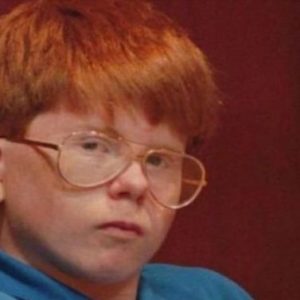 *Please note: The details of this episode are particularly distressing.

Episode 13/Winner Written All Over Him

As the title suggests, Murderous Minors is a podcast exclusively devoted to homicidal children. Though the opening and theme song suggest a certain level of sensationalism, the actual podcast is a fairly sober reporting of the facts. The podcast’s host, known only as warbaby, spends her 13th episode on the case of 13-year-old Eric Smith, who viciously murdered 4-year-old Derrick Robie in 1993. warbaby approaches her episodes less as portraits or case studies than as simple series of events, and she does not refrain from specifying when things get disturbing. Here she takes an unflinching look at Robie’s murder, and notes incidents in Eric Smith’s earlier childhood that may have shaped his later years, and signaled a deeply rooted violence within. But the episode doesn’t stop there; warbaby is more interested than most in what happens after the crime, and the long tangle of legal proceedings that often accompany cases brought against minors. Listeners interested in the justice system, and the ways in which children and adults are treated differently within it, will find a lot to engage them here. 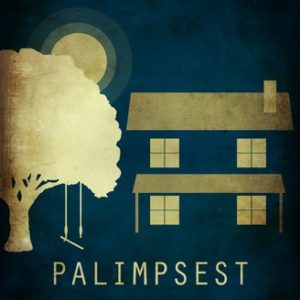 Palimpsest is a fiction podcast formatted as audio journals recorded by Anneliese—a young woman who has just excitedly moved into her first apartment of her own. But as eagerly as Anneliese looks towards the future, she finds herself being dragged into the past: specifically, to the death of her older sister Claire, and the bottomless loneliness that’s haunted Anneliese ever since. Anneliese will later remark that all memories are ghosts, that every story is a ghost story—but Palimpsest is a ghost story in more ways than one. When a strange little boy first appears in Chapter One, lingering just outside of the frame, Anneliese comes up with an innocent explanation—but the listener will quickly suspect that the truth is far more sinister. This is a slow burn type of horror that aims less for jump scares than for a creeping sense of dread, where the barrier between present and past can dissolve, and where even the most innocuous of sounds—a creaking door, a barking dog, a giggling child—are steeped in equal parts vulnerability and menace.

The Rise of the Techno-Thriller 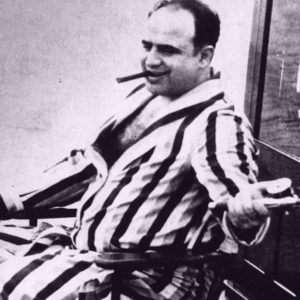 Al Capone never commented publicly on the work of Eliot Ness’s Untouchables, but he certainly knew about their raids, and probably...
© LitHub
Back to top