The best new TV series and movies coming out this month.

We’re entering into a somewhat dizzying phase of pop culture consumption, and even if you come to your regular viewing-habits with a good deal of focus and a fistful of subscription passwords, it can be tricky to remember what’s new, what’s returning, and what you should be excited about next. Especially for crime, mystery, and thriller lovers.

So each month we’re giving you a breakdown of all the best new options on streaming, TV and movies, all of them generally fitting under the big umbrella we here at CrimeReads like to refer to as, simply, Crime. Here’s the skinny for March.

Devs is the new exploration of the unsettling and the uncanny from author / filmmaker Alex Garland, and he certainly seems to be doubling down on the synth-induced disorientation and moody atmospherics of his recent, remarkable work, most notably Ex Machina (also featuring Sonoya Mizuno). Let’s hope that, amidst the brooding and tech-xistentialism of Devs there are, as in Ex Machina, brief moments where the characters break into dance routines. I mean, when you hire Nick Offerman to star in your series, you better let the man dance.

The Most Dangerous Animal of All (FX)
March 6th

Gary L. Stewart is absolutely convinced that his father was the Zodiac killer. That’s really the first thing you need to know about him, as he’ll readily admit—the search for the truth about his father is a central part of his identity. In 2014, he wrote a book about that investigation and now FX is bringing the strange, pitch-black story to your screen with a four part docu-series. All four episodes are going to air on March 6th on FX, then go up on the FX hub on Hulu the next day. Add all that to your next re-watch of David Fincher’s Zodiac, still streaming on Netflix, and you’re going to have a lot to talk about at the water cooler. If that’s the kind of thing you talk about. I assume you do. We do at CrimeReads, anyway. Nothing weird about that.

It’s been a minute since the iconic Boston PI has been a part of the cultural consciousness, but Mark Wahlberg might have something to say about that. Or not, I guess we’ll see how people take it. The trailer looks…well, like maybe they haven’t exactly capture that special Robert B. Parker tone, but what the hell, there are no golden calves when it comes to Boston crime. Plus this one has Winston Duke in the Hawk role, so you never know, this could be the start of a beloved franchise.

This is the latest adaptation from the works of Roberto Saviano, the author whose best-selling book, Gomorrah, exposed the modern-day mafia-induced corruption of the Italian state and resulted in the author being forced to live in hiding, under the state’s protective custody. ZeroZeroZero explores connections between South American narcotraffickers, European-based, mafia-backed importers, and the cocaine brokers in between. Gabriel Byrne stars in the broker role, and the world view from this one, like the Gomorrah adaptation, looks relentlessly, brutally bleak. This could be a useful antidote to the McMafia adaptation from a few years back, which explored similar terrain but had a bit too polished an exterior. (You can check out the CrimeReads interview with author Roberto Saviano here.)

The latest prestige adaptation of the Queen of Crime is reaching US shores this month. The Pale Horse is one of Christie’s later works and has a more gothic tinge than many, centering on a mystery infused with superstition and seemingly irrational explanations. Sarah Phelps is doing the writing, and had some success with earlier Christie adaptations, including And Then There Were None, which bodes well, as does the presence of Rufus Sewell, who I feel confident in saying American audiences will remember well for his turn as the cad, Jasper, in the classic, The Holiday. (He’s been in lots of other things, obviously, but I’m choosing to believe he’s going to play the role as, to some extent, Jasper.) (If you like Agatha Christie content, we have so much Agatha Christie content on CrimeReads.)

Adapted from the runaway best-seller by Celeste Ng, Little Fires Everywhere is looking to take the suburban psychological thriller mantle from Big Little Lies, and it looks pretty promising in that regard, seeing as Reese Witherspoon is doing some very Witherspoon-y things in this trailer and there’s also Kerry Washington. Expect a big old house fire and a community burdened by secrets and many, many entanglements (in other words, little fires…everywhere). I’ll be honest, the trailer doesn’t look great, but you have to get behind the star power on this one.

This rugged, Maine-set noir was the talk of last year’s Toronto Film Festival, where it sold pre-festival to Amazon, and the Tribeca Film Festival, where it picked up a best screenplay award for debut filmmakers, Danielle Krudy and Bridget Savage Cole, who wrote the screenplay and directed. The story follows two sisters as they wade through the dark criminal side of their Down East town in an effort to cover-up an earlier violent run-in and discover a few more secrets to boot. Margo Martindale does her usual scene-stealing in a supporting role; she is, and likely will forever remain, the Queen of Rural Noir.

And one more to mention from late February…

Season 1 of this cyberpunk detective noir had a mixed critical response but a pretty fervent following. So should you hurry up and catch up so you can join in on the binge watch? Follow your own conscience. The story takes place three hundred and sixty years in the future when certain elite humans slip in and out of bought and/or synthetic bodies known as sleeves, and the main character is staying at a hotel run by the digital likeness of Edgar Allan Poe. It’s an acquired taste. It sure looks good, though. 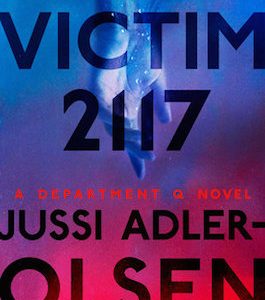 “No, you can't have your travel expenses covered as a freelancer if it isn’t agreed beforehand. How often do we need...
© LitHub
Back to top