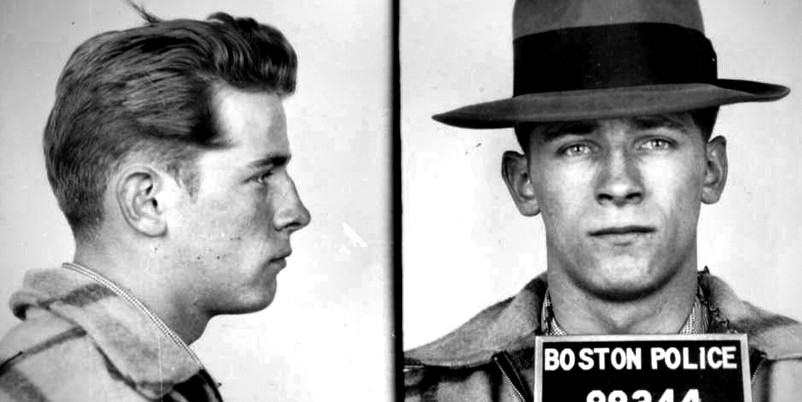 In 1991, a winning lotto ticket was sold at a South Boston Liquor Mart. The city's most notorious gangster claimed it was his.

Much like Billy Bulger, Whitey’s other siblings weren’t talking about their fugitive brother’s whereabouts in the months after he fled Boston. But just because they weren’t talking didn’t mean that they were immune from scrutiny.

[Boston FBI Agent John] Gamel figured that if he couldn’t find Bulger, he could at least inflict pain on him from afar. Gamel huddled with then–U.S. Attorney Donald K. Stern on an idea to seize Whitey’s portion of a $14.3 million lottery jackpot he’d claimed back in 1991. 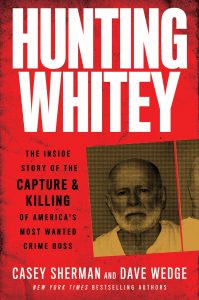 The lottery win had been another one of Bulger’s brilliant schemes to launder his drug, extortion, and loan-sharking money. Back in the summer of 1991, a winning Mass Millions lottery ticket had been purchased at the South Boston Liquor Mart by Michael Linskey, who was the brother of a Bulger underling named Patrick Linskey. The FBI had learned that once Whitey heard about the jackpot, he ordered the real winner to sign the ticket over, with Whitey and two associates paying $2.3 million cash for 50 percent of the winnings. Bulger himself paid Michael Linskey $700,000. Although Linskey lost money in the deal, he really had no choice. It came down to selling the ticket or risking his life. Kevin Weeks, whose name also appeared on the winning ticket, later claimed that Linskey had purchased a large batch of tickets to hand out as Christmas gifts and promised to split any winnings with Bulger and Weeks. But Weeks story makes little sense; the so-called Christmas gifts were purchased during the dog days of summer.

The gang took the winning ticket over to the South Boston Savings Bank, where they received a lottery check split four ways among the Linskey brothers, Bulger, and Weeks. The scam set up a twenty-year legitimate income stream for Whitey, where he earned $119,000 each year.

When news first broke about Whitey’s lottery winnings in 1991, many in South Boston rose to his defense.

“God bless him, his number came up,” said one local resident. “He had the same chance to lose, right?” said another. “I think he ought to pay his taxes and keep the winnings.”

Lottery officials took some heat, but they too called Whitey’s lotto win legitimate.

“The only person that probably would have caused more trouble is if my mother had won,” Massachusetts treasurer Joe Malone said at the time.

There was still $1.6 million left for Bulger to claim in 1995, so John Gamel won approval from the US Attorney to serve the Massachusetts State Lottery with a federal seizure warrant to confiscate the remainder of his winnings. The forfeiture suit would require Whitey Bulger to appear in court in thirty days or give up any rights to his lottery prize, which was scheduled to be paid out until 2010.

There was a lot of money on the table, and Gamel relished the fact that he’d just scored one for the good guys and might possibly smoke Whitey out from hiding. The runaway mobster didn’t show up to court the next month, but his older sister did. Jean Holland came forward and demanded that she be made receiver of her brother’s estate in his absence.

When Gamel first heard that Whitey’s sister wanted to lay claim to his lottery money, he drove to her house and tried to interview her on the front porch.

“I want you to understand what it means to harbor a fugitive,” he told her. “If you are knowingly harboring your brother in any way, we can lock you up for a full year.”

Holland looked at the agent with utter contempt. She said nothing and disappeared through her front door. Soon after, her attorney called Gamel in his office and berated him for “intimidating” his client.

Gamel locked eyes with Whitey’s sister once again when she arrived at the Norfolk Superior Courthouse in Dedham, Massachusetts. Cameras packed the courthouse as Holland filed her claim to Whitey’s winnings, stating that her brother had disappeared and that she had no idea where he was. Holland was treating her brother as if he were a missing person instead of the fugitive from justice that he truly was.

The fight between Whitey Bulger’s sister and the US government would be tied up in court for the next several years. Ultimately, the Bulger family wouldn’t receive a penny from the lottery winnings.

Excerpted from Hunting Whitey: The Inside Story of the Capture & Killing of America’s Most Wanted Crime Boss. Available May 26, 2020 from William Morrow & Co.. Copyright © 2020 Casey Sherman and Dave Wedge. All rights reserved.

Casey Sherman and Dave Wedge are one of the premier nonfiction writing teams telling stories out of Boston. Together, they co-wrote the definitive story of the Boston Marathon bombings in Boston Strong: A City's Triumph Over Tragedy, which was adapted for the Mark Wahlberg film Patriots Day. They also wrote Ice Bucket Challenge: Pete Frates and the Fight against ALS, which is in development as a feature film, and the New York Times bestselling 12: The Inside Story of Tom Brady's Fight for Redemption. They live in Boston. 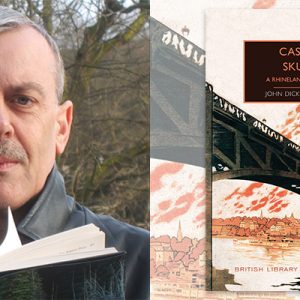 A few years back, if you enjoyed classic crime fiction and wanted to explore authors less familiar than Agatha Christie and a handful...
© LitHub
Back to top