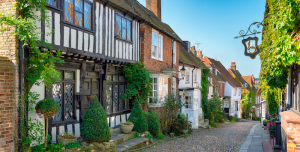 This hilarious piece by Maureen Johnson is so effective because it pinpoints one of the most preposterous, silliest things about crime fiction: the large volumes of grisly murders in quaint English countryside towns, the aggregate of which across the genre would surely constitute some sort of sinister epidemic. But instead of concentrating on this fact, which might be obvious, Johnson instead highlights countless clichés at work in this subgenre in the form of a pithy, witty guidebook. It’s a piece which will in no time surely be considered a classic.—Olivia Rutigliano, CrimeReads editorial fellow 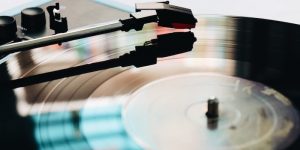 “Death by Audio” by Luke Geddes

Most crime stories are about obsession, one way or another, but Luke Geddes understands that no one obsesses like a record collector. Here, he recommends “ten of the many mystery and mystery-tinged books about audiophiles,” featuring musicians-turned-PIs, monomaniacal mono enthusiasts, and the real life connoisseurs who will do anything to find their white whale.—Molly Odintz, CrimeReads associate editor 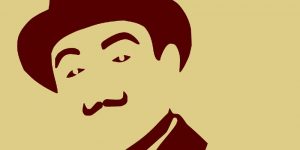 Like 19th century plays, traditional mysteries have oft been noted for their need to restore order at the end of the narrative, but as tastes change, and society becomes increasingly complicated, traditional mysteries must also evolve. In this brilliant essay, Sulari Gentill makes the case for a 21st century traditional mystery defined not by the restoration of order, but by simple striving. The detective may not succeed in fixing everything—but they must try as hard as they can.—MO 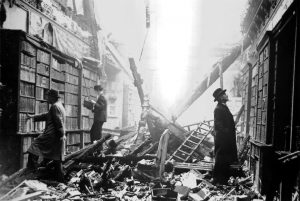 “Living in Bloomsbury, London’s literary centre, and working at nights watching for fires during the Blitz, the couple were largely free to roam the city’s book districts during the day.” How could you resist a story that sets its scene this way? A literary legend, an illicit affair, a wartorn city, and endless afternoons spent wandering bookshops, stepping over the rubble to discover another gem. It’s an intoxicating tale—romantic, dangerous, morally ambiguous—and French captures the details perfectly. He also places the bibliography produced from Greene and Glover’s collection in the larger literary context and shows how it helped build the genre’s growing reputation. French is himself a talented historian and collector of crime stories. His passion for the subject, as well as his kinship with a pair of forebears, shines through in the essay.—Dwyer Murphy, CrimeReads managing editor 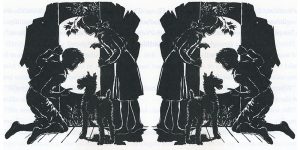 This charming list by Laura Elliott assembles ten novels that conjure a very particular sense of nostalgia: of going on adventures with friends, of solving local mysteries, of innocence and timelessness and mischievousness and precociousness. It’s a nostalgia that isn’t even real to me (and probably isn’t to many of us), but it’s an idea of a small-town, mid-century, still slightly old-fashioned-feeling childhood that is soothing to imagine. It’s a treat to see assembled here so many childhood mysteries and other stories from earlier generations which have by now fallen into obscurity, a nice reminder that everyone has been a child, and everyone deserves to feel like one again, every once and a while.—OR

“Golden Age Hollywood Was Full of Ex-Cons” by Vince Keenan

In this fascinating deep dive into early Hollywood history, Vince Keenan introduces us to Ernest Booth and Robert Tasker, two former ex-cons who parlayed their experience in the big house into brief but glorious screenwriting careers, and lent authenticity to depictions of incarceration in several 1930s films. While both men found success and a calling in Tinseltown, Booth stayed employed and eventually published an autobiography, while Tasker ended up dead in a motel in Mexico in the mid-40s, most likely having committed suicide to avoid punishment for his part in a scandalous affair.—MO 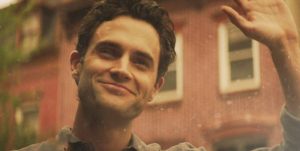 “No Such Thing As a Nice Guy: Reading Andrea Dworkin and Watching You” by Torrey Crim

Torrey Crim watched the second season of You while also reading some Andrea Dworkin, and the insights she draws from this are truly amazing. “You suggests not that penetration under patriarchy is rape but that love under patriarchy is abuse,” Crim writes, and analyzes Joe as a batterer, moreso than a serial killer. His attempts at reform aren’t real—they’re part of the cycle of abuse. Warning: article contains Season Two spoilers.—MO 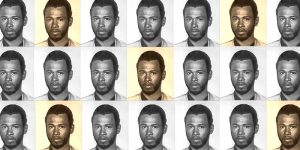 “Soul Assassin: The Brief Life and Death of Jerome Johnson” by Michael Gonzales

In 1971, a young Black man named Jerome Johnson was hired to assassinate Joe Columbo, Sr., a momentous event for the mafia world that recently showed up as a key plot point in the film The Irishman. Columbo survived the shooting, but never fully recovered; Jerome Johnson soon met an untimely end of his own. Michael Gonzales takes us through this strange and tragic tale.—MO 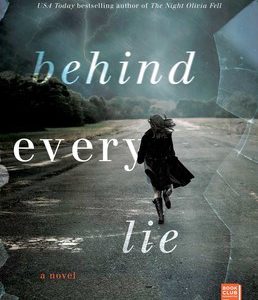 “The police think I was at Mom’s house?” I asked Andrew, stunned. I pressed my phone against my good ear, my palms...
© LitHub
Back to top