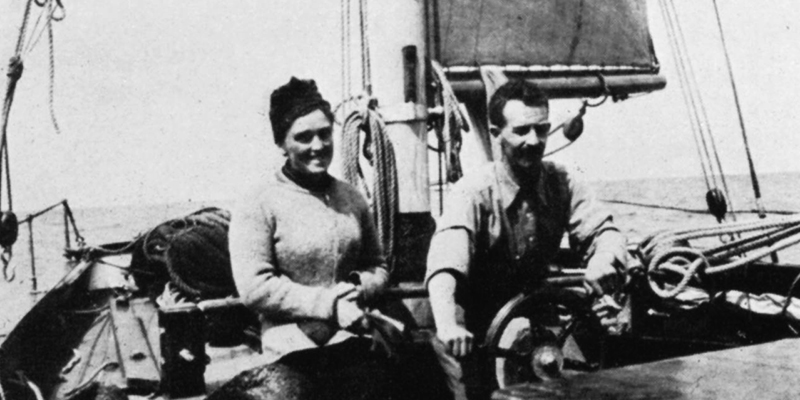 How did the aristocratic author of English’s first great spy novel end up dead in the Irish Civil War?

Born in 1870 Erskine Childers was a Gentleman, man of Empire, son of Victorian Britain, Civil Servant, veteran of the Boer War, yachtsman and, in his most famous outing, best-selling spy novelist and warner against German invasion. An unusual life, you might think—how many of us ever get to write best-sellers after all—but not that unusual. Writers have come from all walks of life, and then used their experiences to inform their novels. Or else they’ve sought out adventure —like Ernest Hemmingway or Graham Greene—in order to write about it.

What sets Childers apart is that he eschewed writing success, for adventure. The potted biography I’ve given above, the yachtsman-come-soldier-come-best-selling author, is only half his story—and the least exciting half to boot.

When I wrote the first in my Irregular series, The Irregular: Different Class of Spy, I researched the origins of the British secret service. (I wrote about that for Crime Reads) I found out that its establishment was motivated by a public fear of German invasion and that fear was predominantly the product of popular spy fiction.

Throughout the early 1900s Britain was in the grip of spy fever, a fever first ignited by The Riddle of the Sands (1903), a rip-roaring Boy’s Own yachting/spy adventure set in the English Channel and the North Sea, written by first time novelist Erskine Childers. So I found in the process of my research.

Now, the name Childers rang a bell, and I’d seen the movie and heard of the book The Riddle of the Sands, but I knew nothing about Erskine Childers himself. It appeared he’d written a non-fiction book about the Boer War, in which he’d fought, and then written this marvelous spy novel that had been intended as a warning to the British public about the dangers of German Naval expansion. It was a warning the public embraced with open arms, and the novel flew off the shelves in unprecedented numbers. The modern Spy Thriller was born.

So far, so normal—I mean, the book became a box office smash, and created a whole new genre, so that’s a normal I’d sign up to—but normal in the sense that Childers was very much behaving by his lights as a British officer and gentleman. I’d almost done with him—stifling a yawn as he went back to the civil service—when I found a stray reference to the Irish peace talks in the early 1920s, where he was on the Sinn Fein delegation. Say what?

When I grew up, in London in the 1980s, I was used to hearing about Sinn Fein on the news as the ‘political wing of the IRA’, the Irish Republican Army in other words, committed to Northern Ireland’s independence from Great Britain. The IRA were not popular in England at the time, indeed, I even remember being woken up by the night-time rumble of one of their larger bombs. What was Childers, this scion of the British Empire, doing working for and with those very forces that—in the early 1920s—wanted to break up that Empire (or at least, break away from it?)

And then, in 1922, Childers’s life takes an even stranger and deadlier turn. That year, Ireland was gripped by civil war, between those that wanted to accept the latest Treaty with the British (which declared Ireland a ‘Free State’ but still subject to certain conditions, in particular a separation between the North and South and a stipulation that members of parliament had to swear allegiance to the British King) and those that wanted full, unfettered independence. Childers, ever the romantic, was firmly in the latter camp and tirelessly campaigned against the treaty and for full independence.

But many on the Irish side were quick to distrust that ‘bloody Englishman’. Some thought he was a spy. Many distrusted his fervency, despite the fact he had an Irish mother. His position became uncomfortable. When he was arrested by (pro-treaty) police on November 10, 1922, he had a gun on him (reputedly given to him by Michael Collins.) A serious offense, in those times, which carried with it a mandatory death sentence—although Childers was tried (questionably) by a military tribunal rather than a civil court.

This is crazy enough, right? Best-selling author finds himself in front of a firing squad.

This is crazy enough, right? Best-selling author finds himself in front of a firing squad. I’ve since looked, and I can’t find any such prominent authors being put to death in such a way—especially being executed for something other than their writing. Autocrats for centuries have tried to silence writers (and still do) but generally for what they write, not for something completely unconnected.  As it was, Childers met his end at Beggar’s Bush Barracks in Dublin on the 24th of November. Winston Churchill said at the time ‘No man has done more harm or shown more genuine malice or endeavoured to bring a greater curse upon the common people of Ireland than this strange being, actuated by a deadly and malignant hatred for the land of his birth.’

Churchill was probably wrong. Childers was surely motivated more by his belief in a free Ireland than any hatred for England. Just before his death he wrote to his wife Molly ‘I die loving England.’ In any case, I was about to close my own book on Childers. I’d already got far too carried away with my research. I was saddened that any man should come to such an end, not least a spy novelist like myself, who might in later life have penned more exciting novels (for he only wrote one), and I had a novel to write. But then I saw a mention of the Howth Gun-running incident of 1914. What now, Erskine, what now?

This man, this scion of Empire, soldier, civil servant, best-selling novelist, took it upon himself together with his American wife Molly Spring, to run guns into Ireland in July 1914, weeks before the outbreak of war, to support the nationalist cause.

They used their own yacht (a wedding present don’t you know) to ship 20,000 rifles from a mid-sea rendezvous near Hamburg to Dublin in one of the most hair-raising pre-war escapades. I read a diary of one of the people on board, and I don’t mind admitting that this diary—this whole adventure—inspired aspects of my latest Irregular novel, The Year of the Gun. It seems unthinkable that a British war veteran, best-seller and government employee would do this.  A bit like John Grisham running guns to the Sandinistas in Nicaragua.

For that’s what Childers did.

And Childers did all this before then re-enlisting in the British Navy to fight Germany later in 1914. Childers fought with such gusto that he won that he won the Distinguished Service Cross at Gallipoli in 1916.  (If these distinctions aren’t enough, I should also point out that his son—Erskine Hamilton Childers—became President of Ireland in 1973.)

Childers was a man of contradictions and passion, an Empire builder come Irish Nationalist, a man of peace and war, a man who repeatedly put his neck on the line for what he believed. For most of us, writing a best-selling novel that almost single-handled creating the genre of spy fiction, would be a definitional event in our lives. For Childers, it was incidental.

And yet still, after all these years, it’s hard to truly crack the riddle of Erskine Childers. He led a life of adventure, tragedy, regret and great achievement. For all this, perhaps the most moving note of his story, the line that made me break, is this story of what happened at his execution. As the young pale Irish men, the firing squad, stood and regarded Childers, a freedom fighter they’d been ordered to shoot, Childers stepped forward, unafraid, and uttered his final words, ‘Take a step or two forward lads, it will be easier that way.’

Easier? I don’t think Childers knew the meaning of the word. 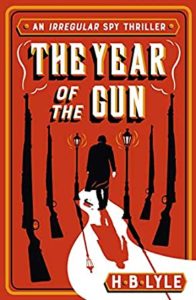 H.B. Lyle lives in south London. His latest novel is The Red Ribbon. After a career in feature film development, he took an MA in creative writing—then PhD—at the University of East Anglia, an experience which led to the creation of The Irregular. He also writes screenplays and teaches undergraduates. 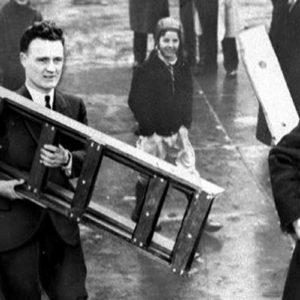