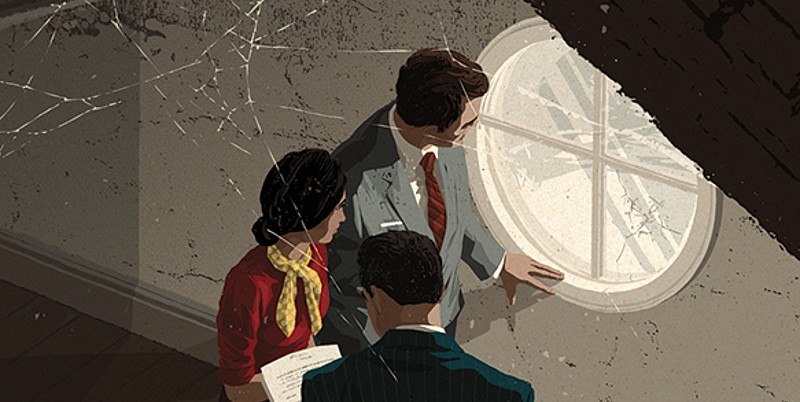 How Josephine Tey Crafted a Masterpiece of Paranoia in Postwar England

Turning to The Franchise Affair, first published in 1948, I rate it my favourite Josephine Tey, finding it gripping on two levels. First of all, there is the story. A sixteen-year-old girl, Betty Kane, has by her own account been abducted, beaten up, and forced to perform menial tasks by two older women in a large, lonely house until she manages to escape. The women concerned, Marion Sharpe, who is about forty, and her elderly mother, are already slightly unpopular in their neighbourhood for being in some way odd; when the police turn up, and the girl tells a story full of convincing detail, there seems no way of establishing their innocence. It is a story which Josephine Tey adapted from an eighteenth-century cause célèbre, in which one Elizabeth Canning disappeared for twenty-nine days before emerging dirty, bruised, and bleeding, when she proceeded to accuse two women of abducting her. Throughout the story, the net seems to enmesh the Sharpe women more and more tightly . . . until the actions of an unassuming small-town solicitor, Robert Blair, shyly enamoured of Marion Sharpe, lead him to the truth. 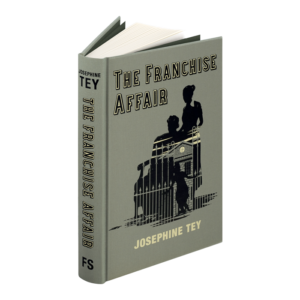 At one level, then, The Franchise Affair is a compelling story, and I have always found it impossible to stop reading it, once I start, despite knowing in advance the trick of it all. But it has another fascinating aspect which Josephine Tey could hardly have suspected. The Franchise Affair has become a wonderfully evocative period piece, including the supposed raison d’être of the plot. Why would the respectable if isolated Sharpes commit such an extraordinarily desperate act? It is the alleged explanation which is so interesting: they were indeed desperate—desperate for domestic help. Marion Sharpe cannot cook, the house is large and too far away for the local cleaners to patronise. This kind of problem, which sounds fairly surreal as a motive for abduction today, appeared perfectly convincing to the middle classes of the late forties: the domestic staff who vanished into the war effort and were expected to return having signally failed to do so.

Out of this simple and inevitable social development, Josephine Tey was able to create a little masterpiece of paranoia.

One is always amazed to discover the sheer numbers of servants that were essential to the comfortable middle-class life (the needs of the aristocracy have been far better chronicled). Large houses without central heating, with no washing machines, women trained not to cook (like Marion Sharpe): all this meant that my maternal grandparents, for example, brought up a family of five in a whole Harley Street house—he was a prosperous eye surgeon—and needed five servants to do so, mainly occupied, it seems, in carrying coal to the fifth floor nursery. I have monitored the changing population of my own Kensington house, where I have lived for forty-five years, through the census. Before World War I there were six helpers and one child; after World War II there were six children (mine) and one helper. Out of this simple and inevitable social development, Josephine Tey was able to create a little masterpiece of paranoia.

Not all the social attitudes of Josephine Tey are sympathetic to us now, although one should beware at all times of political correctness applied retrospectively. There is certainly a kind of snobbery here, with someone being described as ‘one of our sort’ in the vein of that other successful writer of the time Angela Thirkell (but Thirkell was a super-snob compared to Tey). One notes with relief, however, that the light unthinking anti-Semitism of the thirties book—so prevalent, alas, in writers of all types at the time—has vanished in the wake of World War II. And the character of Robert Blair is superbly and kindly drawn. His friend Kevin apostrophises him as follows:

‘You are the very essence of England. Everything we admire and envy in you. You sit there so mild, so polite, and let people bait you, until they conclude that you are an old tabby and they can do what they like with you, and then just when they are beginning to preen themselves they go that short step too far and wham! out comes that business-like paw with the glove off!’

I have always fancied that Robert Blair, despite his sex, might be some kind of self portrait of Josephine Tey. Therefore in turn the ending—subtle but romantic—of The Franchise Affair encourages me to hope that Josephine Tey, whose life was outwardly sad in so many ways, including her early death from cancer, did find fulfilment in her books. Certainly they will live so long as classic crime fiction is read.

Excerpted from the Introduction to The Folio Society edition of Josephine Tey’s The Franchise Affair. © Antonia Fraser 2001.

—At Lady Antonia Fraser’s request a donation has been made by The Folio Society to Give A Book  http://giveabook.org.uk/ for the running of this excerpt.

Antonia Fraser is the author of many internationally bestselling historical works, including Love and Louis XIV; Marie Antoinette, which was made into a film by Sofia Coppola; The Wives of Henry VIII; and Mary Queen of Scots. She is also the author of the memoirs Must You Go?, about her relationship with and marriage to the playwright Harold Pinter, and My History. She has received the Wolfson Prize for History, the Medlicott Medal awarded by Britain’s Historical Association, and the Franco-British Society’s Enid McLeod Literary Prize. She was made a Dame of the British Empire in 2011 and a Companion of Honour in 2018 for services to literature.

The Most Anticipated Crime Books of 2020: Fall Preview 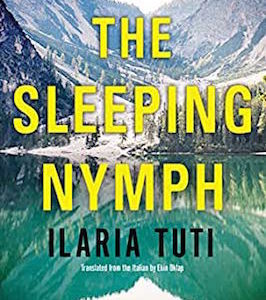 The sun cut sideways into Massimo Marini’s face, drawing out a blaze of color as it filtered through his brown eyelashes....
© LitHub
Back to top