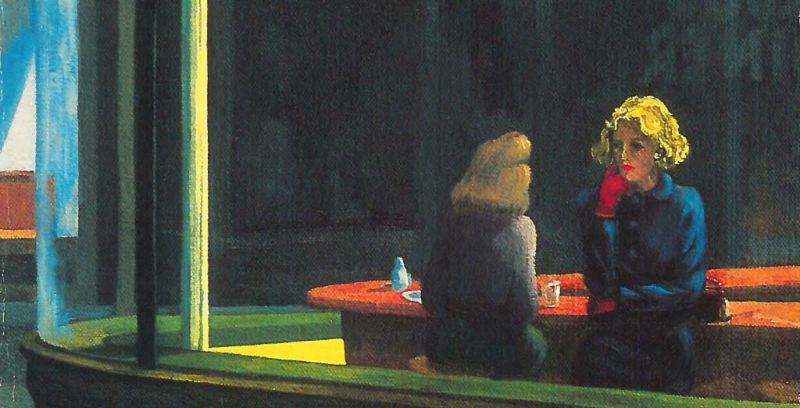 Genre Fiction Can Open Up The World

I grew up in a sheltered, religious home in the bucolic suburb of Lincoln, Massachusetts. White. Upper-middle-class, well off. My parents were both librarians. My father worked on a project at M.I.T. Yes, “project.” That’s what they called it. The team he worked with wanted computers to send information to each other. This was way back in the 1960’s. He did not foresee “The Internets,” but something along those lines. My mother worked on her master’s degree in library science. The house was filled with books. The town library and its creaky floors were a regular weekend stop. I loved poking around in the shelves.

Our family skewed wholesome. Part of that was the religious upbringing in Christian Science, which encouraged positive thinking. After all, simply “knowing the truth” could set you free and heal all sorts of ailments. So it was best to start the day with a sunny disposition, looking on the bright side of life. I didn’t have my first aspirin until I was 17, after enduring years of want-to-kill-myself migraine headaches as a kid. The aspirin worked. “CS” did not.

In our house, there was no television on school nights. Our television viewing was checked, though there wasn’t much on that was racy or violent, unless you count “Mannix” or “Mission Impossible.” My older brother and I learned about sex from rock and roll, even in its 1960’s form. Our parents didn’t drink. Or go to parties. Our reading wasn’t easily checked, although whenever I worked as a babysitter I would inevitably find myself looking for racier books in the shelves around my neighborhood. I found my way into James Bond novels and his easy way with women. Alistair MacLean was great, too. Ice Station Zebra. The Guns of Navarone.

I didn’t look down on mysteries, or “genre” books of any kind in particular, but I wasn’t exposed to them. I suppose my reading was gently guided by my mother, who was the more voracious reader of my two parental units. She steered me toward books that would help me once I got to college because, well, college was a certainty.

Article continues after advertisement
Reading Highsmith, I finally felt like I knew what made bad people tick—not gangsters or bank robbers or crime family dons but regular people with problems.

At the same time, I also knew I wanted to be a reporter. I watched Huntley-Brinkley every chance I got. I was nine years old when President Kennedy was assassinated and fourteen in the tumultuous spring and summer of 1968. I developed a fixation on the news. I worked on my high school newspaper, college newspaper, and had a newspaper job waiting for me when I graduated from college. Consuming the news and its related violence involved sadness, for sure. But at some levels it was also theoretical and distant.

I was at my second job as a reporter for The Rocky Mountain News in Denver in 1980 when my friend Phil Reed handed me a novel by Patricia Highsmith. (Phil went onto a terrific career as a playwright and writer of both non-fiction and fiction, including the gritty Bird Dog, a suspenseful mystery about used car salesman Harold Dodge).

I’m not sure which “Highsmith” it was that Phil first recommended. Perhaps it was The Talented Mr. Ripley. The point is that I was soon reading them all, or, at least the ones that were published to that point. The first book wasn’t sold to me as Highsmith’s best work or anything along those lines, just as worthy for its entertainment.

I quickly realized I was following a writer who seemed to have some special insight into the darkest human conditions. Reading Highsmith, I finally felt like I knew what made bad people tick—not gangsters or bank robbers or crime family dons but regular people with problems.

Anyway, I came at Patricia Highsmith knowing nothing of the Strangers on A Train film version by Alfred Hitchcock or the Rene Clement’s Purple Noon, (the 1960 attempt at putting the first Ripley novel on film).

These Highsmith paperbacks were simply a series of novels that I could carry around me with during the day and occasionally read say, during a late-night zoning hearings being conducted in front of Denver City Council. The paperback Penguin versions were perfect; they fit in my sports coat’s inner pocket. I couldn’t wait to find out how Highsmith would punish her protagonists—or allow them to punish others.

Years later, reading Joan Schenkar’s marvelous biography, The Talented Miss Highsmith, I was surprised to learn that Patricia’s mother Mary was a Southern Calvinist who had embraced Christian Science and once tried to nurse Pat through a bout with chicken pox using faith healing techniques, much to Patricia’s dismay. I suddenly felt bonded with one of my favorite writers; I understood her confusion with all the ways Christianity is interpreted. Given Highsmith’s darkness, and her drinking, it is very hard to imagine her developing the necessary “bright side of life” attitude that is part of the whole belief system.

In Highsmith’s novels, specific religions don’t play much of a role. Highsmith turned her focus on essential rights and wrongs. Human needs, human wants, human flaws. Highsmith once wrote, “If one has enough sense of guilt, it is not necessary to belong to a church.” Perhaps that is something I connected with on a basic level, too—that the morality or Highsmith’s stories were unto themselves.

At the time I read my first Highsmith novel there was no Highsmith hierarchy of her best works. She was still a working writer, after all, back in the early 1980’s. I devoured one good book after another. The Talented Mr. Ripley is certainly top-notch, but I there were three others that grabbed me just as much; that deliver that feeling that you are living in another person’s skin, and you know what it feels like to make bad decisions. 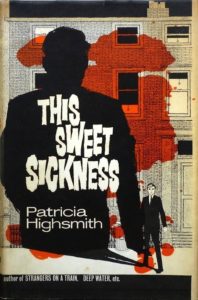 This Sweet Sickness. The psychopath with a double identity, David Kelsey turned my throat dry as I wondered how far he would go to pursue his obsession. Obsession, in this case, seems like a word that is too tame given what David will do in the name of his fixation. Highsmith does here what she does best, giving us a clear-eyed view into the David’s terribly logical approach toward his beloved Annabelle. David refers to this entire matter as ‘the Situation’ and he feels it “like a rock, say a five-pound rock, that he carried around in his chest day and night.” We know it’s not a situation that will end well. In fact, it ends in a “cement kiss.” But Highsmith shows us, in wonderful detail, how the gears in David’s head mesh. We understand and we yet are horrified at the degree to which a person can lose track of reality. And facts. Highsmith dedicated this one to her mother. What a loving gesture. 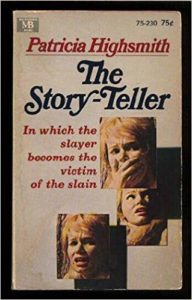 The Storyteller. (Also published as Suspension of Mercy). In which struggling American writer Sydney Bartleby (a literary nod to Melville, Patricia?) not only fantasizes about killing his wife, he pretends to carry it out. Only to have her go missing when the cops come around. And Sydney has done just enough, and a nosy neighbor has seen just enough, to complicate Sydney’s attempts at explanations. It’s Sydney’s fixation again that drives the story as he fantasizes about ways for Alicia to go. “She had died in a burning car, in a wrecked car, in the woods throttled by person or persons unknown, died falling down the stairs at home, drowned in her bath, died falling out the upstairs window while trying to rescue a bird in the eaves drain, died from poisoning that would leave no trace.” We have no idea whether Sydney is actually capable or murder. That is, until we do. 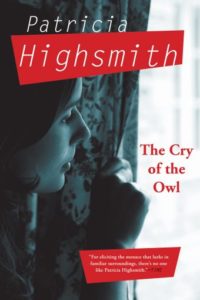 The Cry of the Owl. I learned years later that Highsmith drew on her own experience as a stalker (also portrayed in The Price of Salt and/or Carol), to inform the main character Robert Forester and his (at first) somewhat naïve pursuit of a woman. He sees the woman first for a brief ten seconds as she is shaking out a carpet on the front porch, of all tantalizing sights, and he becomes transfixed. Now, he’s going back for his fourth or fifth look; he’s not sure which it is. “The girl was in the kitchen again. Its two squares of light showed at the back of the house, and now and again her figure crossed one of the squares, but stayed mostly in the left square, where the table was. To Robert’s view, the window was like the tiny focus of a camera. He did not always go closer to the house. He was very much afraid of being seen by her, of being hauled in by the police as a prowler or a Peeping Tom. But tonight was a very dark night.” And it will get darker. Forester’s innocent peeping (is there such a thing?) brings death and darkness at every turn. The Cry of the Owl has been compared to Nabokov’s Highsmith rarely flashed fancy wordplay, although she was certainly capable of doing so, but to me the Lolita comparisons are justified.

—Featured image from Penguin edition of The Price of Salt, reissued as Carol.

A Holiday Gift Guide for the True Crime Obsessed

The Crime Fiction of Galway 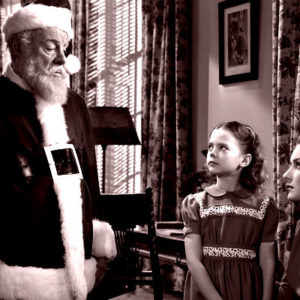 A Holiday Gift Guide for the True Crime Obsessed

This holiday season, do you find yourself surrounded by true crime fanatics, with their sunless eyes and notions about the link...
© LitHub
Back to top