Folktales, espionage, and a new Lisbeth Salander: All the international crime books you need to read this month.

A work in translation is sometimes cause for celebration, but this month bring us particularly thoughtful crime fiction from abroad. In this month’s array of international releases, French and South Korean crime writers continue to find good crime fiction fodder in mid-century history, while Swedish crime writers immerse themselves in dark folktales and even darker political machinations, and Italian crime writers deliver on sarcasm and humanism. Sit back in your armchair and settle in for gritty literary tourism… 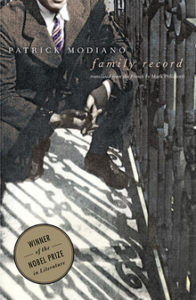 If you’ve read one book by the French Nobel laureate, you’ll recognize the set up here: the familiarity of Paris, the present’s judder when a figment of the past reappears, the sudden vertigo as Modiano or a stand-in peers at the source of shame, wondering why he alone, in his shattered family, seems to care. It’s all here and yet, as ever with Modiano, the tiny alterations to this script mean this is not just more of the same, but a new tack into his dreams of a gone world. Driven by sumptuously perfect vignettes—tales of collaboration nearly forgotten, run-ins with a deposed King, the chronicle of life as a father—this book deepens the sense of unease and candor from which Modiano’s work so endlessly proceeds.—John Freeman, Lit Hub Executive Editor 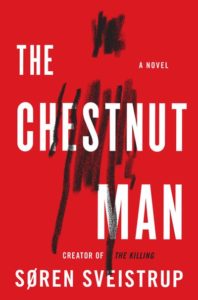 Sveistrup’s debut thriller, The Chestnut Man, is one of the best Scandinavian noir novels I’ve read in ages. The premise is a little complicated: a homicide detective with aspirations and a Europol washout are on the trail of a killer whose compulsion is to kill mothers he sees as unfit. The twist: at each crime scene they find a simple doll made from chestnuts which bears the fingerprint of a government minister’s daughter who has been missing for a year. The book races along, covers some of the standard Scandi tropes about social welfare, but mainly forges its own path—a gruesome and enthralling one.—Lisa Levy, CrimeReads contributing editor 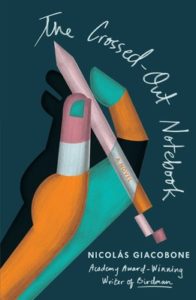 You know how sometimes you lock yourself in a room and promise yourself you’re going to write something and it never actually happens? Well, The Crossed-Out Notebook is sort of like that, plus kidnapping. A failed novelist is kept in a basement by a world-famous director and forced to write a masterpiece. He spends the day writing, gets threatened with a gun (you know what Chekhov said about that), toils all night, crosses out everything he’s written (relatable), and begins again. This dark comedy/suspense novel is a page-turning take on the conditions in which we can create. Misery sure loves company.—Katie Yee, BookMarks Assistant Editor 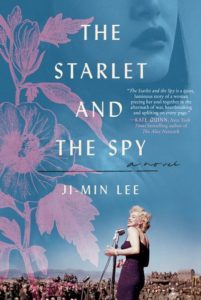 This literary work of historical fiction takes us to mid-century South Korea, where a secretary with a secret is assigned to escort a visiting starlet around Seoul. The spy part doesn’t show up for a while, but we promise it’s worth the wait! Especially since the novel is both beautifully written and short enough to finish in an afternoon. 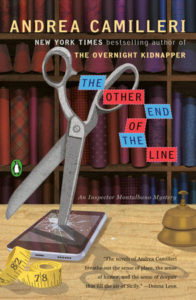 Andrea Camilleri, tr. Stephen Sartarelli, The Other End of the Line (Penguin Books)

The crime world continues to mourn the death of Andrea Camilleri, who passed away earlier this year after a long and distinguished career crafting the elegant and deeply human Inspector Montalbano series. His latest to be released stateside, The Other End of the Line, continues in this tradition, as Montalbano teams up with an orphaned cat to find the killer of a beloved local tailor. 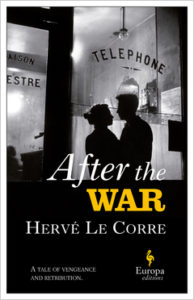 French crime fiction tends to show up stateside in two forms—full of gratuitous violence, or full of perfectly logical (although still extreme) violence. With its 1950s setting amongst gangsters and former collaborators, Hervé le Corre’s newly translated After the War is of the second type, full of extreme but certainly not gratuitous bodily harm. After the War is essential reading for all those who understand that the aftereffects of conflict never truly end. 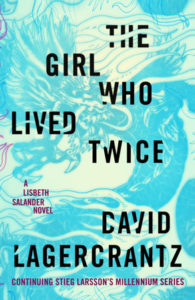 In the sixth installment of the Lisbeth Salander series, everybody’s favorite hacker tries to track down her newly-discovered twin sister, while Mikael Blomkvist goes to Lisbeth for help on a project of his own. The two will come together to assist in each other’s quests once again, but will this be their last collaboration? Only time will tell (or, you know, reading the book). 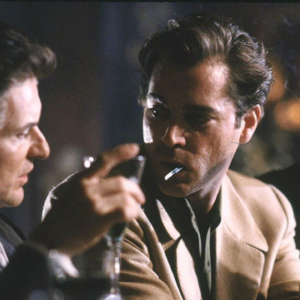