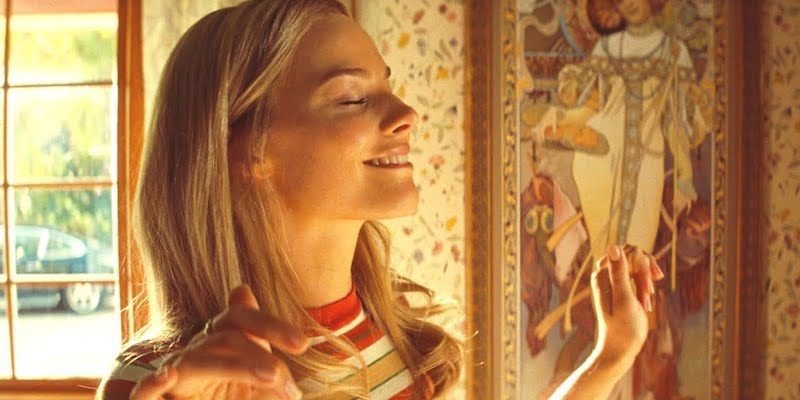 What Can Fiction Do For True Stories That True Crime Can't? In An Answer: Empathy

"While the "True" with a capital "T" aspect of true crime certainly has its appeal, fiction remains valuable in its ability to magnify reality and delve into the emotional truth."

First things first. I’m a true crime junkie. I’m also a fiction writer. And while I do have dreams of pursuing a true crime project, maybe even solving a cold case, I’m pretty entrenched in the writing of novels. There are not a lot of novels that take on true crime—part of the appeal of true crime is in fact that it is rooted firmly in our reality, that it really happened. But fiction about true crime can explore questions that we can’t if we are “sticking to the facts.” Story can imagine the psychic state of the killer and victim, can delve into motivations, and can take the time to empathize deeply with those involved—sometimes even offering belated redemption, or imagining a more just ending to the tale. But even if it can do all this, what does it owe to reality?

True crime, and again I say this as true fan, asks the reader/viewer to be at the least an uncomfortable voyeur (e.g. American Murder: The Family Next Door) and at most an amateur sleuth, actively trying to solve the mystery as they read/watch/listen. I was struck—in listening to Up and Vanished, the true crime podcast about the murder of Tara Grinstead—by how callers would phone in and leave a message for the host, using the first person plural: Do “we” buy the ex-boyfriend’s story? Reading true crime, then, isn’t necessarily a passive experience.

But fiction about true crime asks you not to solve or even just witness, but to empathize, to imagine, to delve into the emotional truths we have not yet considered. When I wrote a novel about polygamy which had echoes in reality—I did it to try to understand those involved, and the cyclical nature of victim/predator in systemic abuse. It wasn’t about getting it right in terms of facts—it is fiction after all—but really challenging the idea that polygamists were somehow different than the rest of us. That being said, I felt like I had to define my relationship with that reality right off: one that would lean on reality for basic information, but would ultimately rely on imagination to try to understand why and how people adhere to cults and their leaders.

Emma Kline’s Girls also asks us to imagine how possible it might be for anyone to have become involved in the horrors of the Manson Murders. As her protagonist, she chooses an older woman who was there that night at Sharon Tate’s house, but who didn’t participate. She asks the reader to understand the vulnerability of the young women in particular, the intensity of the time and culture, the group-think—not so that we can sympathize with these characters but so that we can recognize the actions as rooted in a human context, and not in service of the almost supernatural sense of evil we tend to attribute to characters like Manson. Fiction allows Kline to imagine the mental state of the women involved in the murders from a place of understanding rather than judgment. One fascinating choice Kline makes is to interweave the tale of that time in the protagonist’s life when she knew Manson, to her sharing of a friend’s home with a young couple. She watches the young girl, how vulnerable she is to suggestion and yet how sure of herself, and it adds another lens with which to view the past. While the protagonist’s account would hardly be believable if we didn’t know it as part of history, I found that as a reader I stopped comparing Kline’s story to the internet’s accounts of that night. At a certain point I just let myself be there, in that horror and disbelief but somehow contextualized by the world Manson had built. Reality plays its part as the backdrop of the novel, but ultimately the book reaches into emotional spaces a true crime account just simply cannot.

Article continues after advertisement
Not only can fiction give true crime these imaginative moves that encourage empathy, but it can also offer us the ability to see the crime in the larger picture of history.

Not only can fiction give true crime these imaginative moves that encourage empathy, but it can also offer us the ability to see the crime in the larger picture of history. There’s a trope in true crime, as we all know, of “fresh eyes.” It’s the logic of beginner’s luck, but with the idea that a new detective on the case, or even an amateur web sleuth, might see something that others have missed. In Julian Barnes’s novel, Arthur and George, we also see something now that was not as obvious to the contemporaries in the real-life case: the racism. The novel retells the odd story from the early 1900s in which George Edalji, a man of Parsi descent, was falsely convicted in a case involving the slashing of livestock. His conviction was finally overturned with the help of Arthur Conan Doyle. Yes, the same Doyle who wrote the Sherlock Holmes series. While some at the time cited racial discrimination (like Doyle), others denied it. To us, it is blatantly obvious. While Edalji was eventually pardoned, Barnes gives Eladji the real redemption that Arthur Conan Doyle, master of crime writing as he was, could not deliver. Barnes allows us to see Edalji from his youth, his many struggles with his poor eyesight (which turns out to be a key factor in overturning the case), and the uphill battle and constant discrimination he faced in becoming a solicitor. We feel the injustice in a way that his early 1900s world did not. The same world who pardoned him but did not compensate him for the three years of hard labor he’d already served. Barnes incorporates historical documents throughout the text, like newspaper articles and court documents, and this book feels like it is but a dramatization of reality, rather than fictionalization. Barnes chooses to let the distance between the reality of the case and our reality create a tension that is both productive and painful.

Fiction can engage with true crime on a more playful level as well, of course. While Kline and Barnes remain loyal to the facts (Barnes even providing a note at the end as to the fate of those involved in the case, including a public statement from the once-accused George Edalji), other authors have certainly held a more revisionist attitude—delivering resolutions to true crime which reality did not provide. One well-known example that comes to mind is Agatha Christie’s Murder on the Orient Express, in which she provides both answers and revenge on the case of Charles Lindbergh Jr.’s kidnapping—a plot twist that must have been deeply satisfying to contemporary readers who had lived through the tragedy that captivated millions. Christie’s goal then wasn’t to represent reality, but to revise it.

While the “True” with a capital “T” aspect of true crime certainly has its appeal, fiction remains valuable in its ability to magnify reality and delve into the emotional truth; to allow us to empathize and understand the complexities of human nature that surround any crime; to revisit reality and deliver a long overdue redemption; and even in its ability to sometimes depart from reality and imagine a more just world. And sometimes that’s exactly what a true story needs. 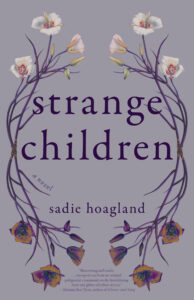 Sadie Hoagland is the author of Strange Children (May 18, 2021; Red Hen Press) and American Grief in Four Stages (November 1, 2019; West Virginia University Press), which earned a starred review from Kirkus Reviews. She is an associate professor of English at the University of Louisiana at Lafayette and the former editor of Quarterly West. Her work has been featured in Electric Literature, Mid-American Review, Foreword Reviews, Necessary Fiction, Largehearted Boy, Alice Blue Review, The Black Herald, Mikrokosmos Journal, South Dakota Review, Sakura Review, Grist, Oyez Review, Passages North, Five Points, The Fabulist, The South Carolina Review, Writer’s Digest, Women Writers, Women’s Books, and elsewhere. She is the recipient of several fellowships and her work has earned extensive recognition, including four Pushcart Prize nominations from 2015-2018. You can visit her online at sadiehoagland.com 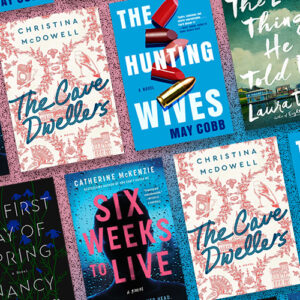 May, they tell me, is the blink-and-you’ll-miss-it spring in Toronto (please, someone tell me so I don’t miss it). The books...
© LitHub
Back to top