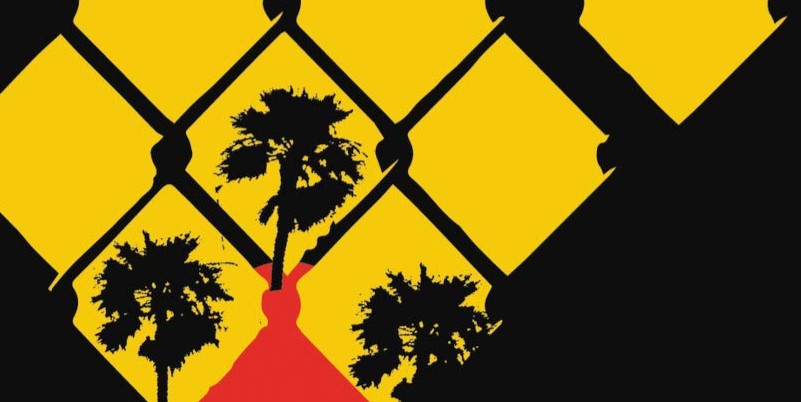 Steph Cha looks at the divides of the crime writing community.

If you spend much time on the internet, you may have heard that mystery novelist and former prosecutor Linda Fairstein was officially canceled earlier this year, when Ava DuVernay’s miniseries When They See Us exposed her role in the railroading of the Central Park Five. Last November, the crime writing community got a preview of this drama when the Mystery Writers of America honored Fairstein with the prestigious Grand Master Award, only to rescind it a few days later. (I played a small role in this controversy: I wrote an essay on Fairstein and the award for the Los Angeles Times after Attica Locke—who in addition to writing amazing crime novels wrote on When They See Us—took the MWA to task on Twitter.) This incident caused a bit of a reckoning in our corner of the world, showing the fault lines in our community.

The divisions it exposed were political but also aesthetic. Despite her apparent stature in mystery publishing, I had never read or been curious about Fairstein’s work. (In an angry letter to the MWA Board of Directors, Otto Penzler railed at my “stupefying ignorance” because I hadn’t heard of Fairstein; he also called me racist for characterizing the crime community as “embarrassingly white” and “less than progressive” before dismissing the Central Park Five as thugs.) She’s best known for her long-running Alexandra Cooper series, starring a glamorous New York City sex crimes prosecutor, and look—just personal taste here, but that’s not the kind of crime fiction that tends to interest me.

Fairstein’s success has been inextricable from her image and experience as an in-the-weeds sex crimes prosecutor. Her connection to the Central Park Five has never been a secret, but she was given a pass for what I believe is a very simple reason—that crime fiction as a genre is in bed with the prosecution.

When I was a freshman in college, I took a class on American Detective Fiction with Professor Joyce Moser, a just-for-fun class that introduced me to Raymond Chandler, Dashiell Hammett, and Walter Mosley, and for better or worse completely reconfigured my life path. Fifteen years later, I still remember a particular lecture on form, in which Professor Moser described crime fiction as a “conservative” genre. She didn’t mean “conservative” in the political sense of the word—only that mystery novels are structurally conservative, often starting with two or three or several seemingly unrelated plotlines that converge, in the end, toward resolution.

This is one of the promises of mystery—by the time you finish this book, the crime will be solved. There’s a sunniness to that promise, even when the journey can be grim, its details rough and gory. It makes sense, then, that the genre seems to be underpinned by a fundamental belief in order. That wrongs will be righted, that truth and justice will prevail. That crime is anomaly and aberration, and the system works to correct it when it appears.

The heroes of crime fiction are predominantly straight white men (and yes, this is true even if you have a list of exceptions handy), and among them are some reliable types—the dogged cop, the patriotic G-man. These are often rogue figures, painted as outsiders, but they are ultimately agents of the state who save the day. Order is threatened, and then maintained; the reader can rest easy and ask no further questions.

In real life, crime is uglier than in even the bloodiest of these fictions.

I’m not knocking these books—I’ve read and loved more than my fair share of them, and many are written with nuance—but I’m also aware that in real life, crime is uglier than in even the bloodiest of these fictions. The deranged serial killer, the sadistic sicko, as fucked up as he might be, as creatively horrific the details of his crimes—at the end of the day, he explains himself. His twisted psyche, his gothic childhood, it’s all contained, one neatly packaged individual who need not tell on anyone or anything else. There’s something almost reassuring about the exotic deviant sort of criminal, jailed or killed by the story’s end. The murderer who wears victims’ eyeballs like Mardi Gras beads is like no one most of us know. But violence happens every day and everywhere; it’s woven into the fabric of every society, and it often speaks to broader social ills of the kind that many prefer to ignore. Mass shootings, violence against women, hate crime—these scare me more than Hannibal Lecter.

Uglier still is this truth, of great inconvenience to crime writers: the system malfunctions. Or worse, it functions as designed by—just for example—a cadre of slave-owning white men in service of their own interests. Murders go unsolved while innocent people languish on Death Row. Sentencing is arbitrary. Prosecutors lie to win. Cops get away with murder. The President of the United States has assaulted women and wiped his ass with the Constitution, and he continues to crime away brazenly on national television.

I’ve always gravitated toward the noir end of the crime fiction spectrum, where even within the confines of genre conventions, misfits and private eyes raise questions and dig up dirt, where you may know who done it, but the answers are complicated and partial and nastiness is allowed to linger. I wrote three P.I. novels in this vein featuring Juniper Song, a Korean-American millennial detective walking the contemporary mean streets of Los Angeles. I explored themes of objectification and sexual violence and the intersections of misogyny and racism; my third book dealt with pregnancy and genocide denial. With my new book, I abandoned the traditional mystery structure altogether. Your House Will Pay is a present-day novel about the fallout of a 1991 shooting based on the murder of Latasha Harlins, a black 15-year-old girl killed by a Korean shopkeeper. I was less interested in solving crimes than I was in spending time with the people affected and dwelling in the damage wrought by violence in a viscerally human way.

A string of murders can be solved in 300 pages. There is no honest novel that can heal up history…

Part of me fears that crime readers will find my new book frustrating and unsatisfying, but I knew from the beginning that I could offer no easy solutions. I was writing about real problems in a real place, struggles that pre-dated my birth, and that will continue long after I’m dead. A string of murders can be solved in 300 pages. There is no honest novel that can heal up history or wipe away systemic racism and civil unrest.

But crime fiction, maybe even more so than any other genre, has the ability to ask the important questions and shine the light on society’s darkness. Crime festers in the wounds of the world, and there are stories in those deep cuts that are difficult and messy and that nonetheless need telling. 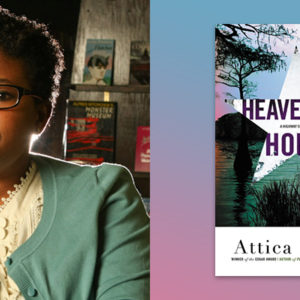 Coming from Texas, I've been a fan of Attica Locke for close to a decade, ever since I picked Black Water Rising for one of my book...
© LitHub
Back to top