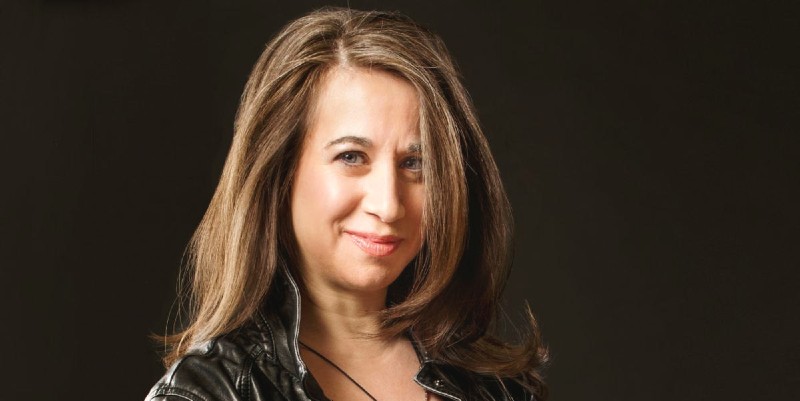 Jenny Milchman’s publisher thought she was nuts, but the first few months of the World’s Longest Book Tour was just the beginning.

“I don’t want to spend that much time in your neurotic protagonist’s head,” the literary agent told Jenny Milchman. Jenny, on the other hand, thought she had a real winner of a manuscript at just 180,000 words.

“I didn’t have the skill to make it shorter,” Milchman says. “I was very high on my own literary powers. I couldn’t believe I was going to be rejected on that novel. I thought it would be snatched up the moment I sent it out.” She learned a few things about writing over the next two decades.

For as long as she can remember, Milchman wanted to tell stories. She wasn’t yet two years old, riding in her parent’s car from New York to Canada, when her mother asked her why she was being so quiet. “I told her I was telling a story.” By the time she got to kindergarten she was making books using wallpaper for covers.

In college she wanted to be a poet, which is when her parents stepped in and suggested she use some of that tuition money to learn a more marketable skill. She studied psychology in addition to creative writing and became a psychotherapist. That lasted 14 years, but by year eight, she couldn’t suppress any longer her urge to write. So she mailed agents her ill-fated doorstop of a manuscript (actually, it was more like a barn door).

She was 28 when she sat down to write her first novel and it took eleven years to hone her craft. She did manage to cut her manuscript and received two offers of representation. But even at a relatively svelte 120,000 words, Milchman’s new agent found it impossible to sell. So Milchman tried two more agents and wrote a total of seven manuscripts. Publishers were not interested.

Cover of Snow was her eighth attempt. By then she had kids, had scaled down her therapy practice, and still the rejections kept coming. She thought seriously about self-publishing.

“I was really getting discouraged. I don’t think I have a lot of bitterness in my personality, but if there were any, it would have been then.”

“I really did hone my craft during that time. The eighth book was better. But I think a lot of it was I got humbled, and I began reaching out to other people for help.”

Award-winning crime novelist Nancy Pickard offered to read her manuscript. Pickard liked it so much she gave it to Linda Marrow, her editor at Ballantine, who made an offer. Only six months earlier another team at Ballantine had rejected Milchman’s novel.

Cover of Snow begins with her protagonist waking up one morning to find her police detective husband missing from their bed. With her therapy background, Milchman is a natural for psychological thrillers. And so she admits she writes more “whydunits than whodunits.”

Marrow didn’t intend anything big for Milchman’s book—no big marketing push, just not much at all. After all, Milchman was an unknown first-timer with no particular platform or credentials.

But Milchman had other ideas.

“I came up with the world’s longest book tour. Ballantine thought I was nuts and declined to pay for any of it.”

While her book was in the editing and production process. Milchman and her husband, Josh Frank, planned a cross-country trip with the family to promote her novel. They worked with an independent publicity firm to set up many of the stops along the tour for the first few months. That’s right. The first few months was just the beginning.

The plan was to talk daily at bookstores, book clubs, schools, festivals and even local television and radio stations when possible.

Her husband was in charge of logistics and planned the route from event to event. The kids were in charge of stuffing swag bags when not being “car-schooled”—literally on the road.

“It was like a family all-in endeavor,” Milchman says.

Her husband, she says, was “really devoted to this. He believed in this. He’s a very optimistic guy and he did think it was going to pay off. He said this was an investment no different from any other investment we made together. And the idea of being free and untethered on the road appealed to both of us.”

They traded in two cars for an SUV that could handle Denver in February for the trip. At the very last minute, they managed to rent out their home. It was such a last-minute deal, that her husband had to stay behind to empty the house while she kept her first book tour appointment in Williamsport, Pennsylvania, with kids in tow.

During the first week of her tour in January 2013, she had six or seven book signings. Amazon and Barnes & Noble sold out of her novel. Her book immediately went into a second printing.

“It was moving better than normal books do. That sent a message to the powers that be. It all started snowballing out there.”

From Pennsylvania, they headed south to Washington, D.C. and Virginia and then across–country.

“You could see my book sales spiking as we rode from place to place. We had a well-oiled machine that we built as we were going.”

When they arrived at their Denver hotel there was no power. The hotel had run through their supply of flashlights, so they climbed several flights of stairs using candles for illumination. Such was life on the road.

“For me, a big part of the success was the booksellers getting behind me. I would meet people one-by-one-by-one and they all played different and key roles that worked together in unpredictable but essential ways.”

When no event was planned, she would still stop by a bookstore and meet the manager or owner and they would order her book.

“If you want to conquer your fear, I think you have to give things a try,” she says.

Ultimately, her tour—in addition to a nice BookBub promotion that her publisher, now an enthusiast, did pay for—resulted in Cover of Snow sitting just behind The Goldfinch on Amazon and above Stephen King’s latest. And it put her on the USA Today best seller list.

In all, they traveled through the entire lower 48, not returning home until the following September, just in time for the kids to enter their next year of school. They never returned to the old home. Instead, they sold it and moved to New York’s Hudson River Valley.

Milchman is the epitome of grit and determination. Grit, as in mom and pop restaurants, nightly homework and different scenes of America on a daily basis. Determination, as in interstate highways, rest stops, potholes, Walmart parking lots, and treacherous back roads snaking through mountainous terrain.

And even after seven months of this, it wasn’t enough. After her first tour ended, Milchman did it again with subsequent books.

“There were so many fun things that we couldn’t have done in regular day-to-day living,” she says. “It was three years in which we could live in a very adventurous way. The whole country became the kids’ backyard.” 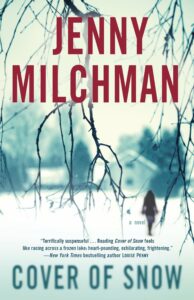 I want to be a writer: Before she could read

Time to Sell Novel: More than a year

Advice to Writers: Read, meet people, don’t give up, knock on every door and then knock on things that aren’t doors. You never know what’s going to open. 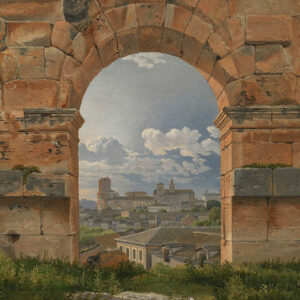 Why is Ancient Rome is such a good setting good for historical mysteries? When tackled by would-be authors I always advise,...
© LitHub
Back to top