How the bestselling author moves between serial killer novels and Sunday school stories.

Steven James is unlike almost any writer you’ll ever meet. He has a master’s degree in storytelling. Not an MFA. Not just another undergraduate degree in English. An honest-to-God Master of Arts Degree in Story Arts from East Tennessee State University.

Yep. There is such a thing and he is living proof. And if you’ve read any of his thrillers with all the suspense, serial murders, and conspiracies, then you know he can tell a story. But what you probably don’t know is James is a devout Christian.

“I’ve actually written books on how to tell stories for Sunday school kids and I write serial killer novels,” he says.

And how does that work?

Some of his books “are pretty intense,” he admits. “I try to avoid simplistic clichés or centering my books around a message like, ‘Follow your heart! Be true to yourself!’ Serial killers follow their dreams. So do terrorists. The point is our world is more complex than that. We need to follow something greater than our hearts.”

“There’s a tendency by authors to glamorize evil or ignore it. In my stories, I really want to be honest about evil in our world. It’s real. I’m not trying to write a book that’s all violence, but I am trying to write something that’s truthful.”

“I don’t want to make a point in my books. I just want people to ask questions. I always write from a moral dilemma.”

Of course, having written such a variety of books has its issues.

“Brand? What is my brand?” He frowns. “That’s a good question. Prayer journals, deep psychological suspense, and now intelligent thrillers.” And all under the same name—no pseudonyms for different genres—which has caused a problem or two.

“I’d like to think all of my books are inspirational,” James says. “They ask big questions, just not always in the same way.”

After college, James was an actual storyteller traveling to various conferences, camps, classrooms, and other forums. He was on the road constantly standing in front of crowds, telling stories, and teaching.

But then he started a family and wanted to get off the road. So, he began writing stories instead of telling them. He wrote 20 inspirational books before gradually shifting from G-rated fare to graphic thrillers.

“It’s all part of who I am. Expressing myself through different types of stories. For me it was a journey.”

His motivation to write thrillers is different from most writers in his genre.

“I want to elevate the dignity of human life. In my stories, I want you to cry or feel grief about a homicide victim because I want that person’s life to be meaningful in the story. When you look at our world, it’s a world of great grief, great love, great horrors, and amazing beauty. In my stories I want to portray the world as it is—with all the paradoxes that human nature contains.”

It all began one day when he was reading a thriller and wasn’t thrilled. He threw it against the wall in disgust. “I hated the book. I said to myself, ‘If that’s as good as it gets, then I can do this.’”

And he heard a little voice in his head: “Oh, really? Then prove it.”

He was writing nonfiction books at the time, and at a conference he met author Cecil Murphey who told him to write to him when he was ready to find an agent. Six months later, James wrote him, and he quickly responded. Within five hours Murphey replied, saying that his agent was awaiting James’ book proposal.

The proposal, which he wrote in one weekend, snagged the attention of agent, Pamela Harty. He landed the book contract and wrote several nonfiction books for Revell Publishing in Michigan. But all the while he had an idea for a novel. He asked his editor, “Do I really need to write the whole thing before sending it in?”

He sent them the first fifty pages of his manuscript and got a three-book deal.

“I was really encouraged by that—but also, a little intimidated,” He acknowledges, “It wasn’t my first rodeo, but it was my first novel.”

This would be the beginning of his Patrick Bowers series. But first, like all authors, he had to come up with a compelling protagonist.

“I wanted to write a story about a one-armed detective. It never worked,” James says, half joking. “As I was researching stuff for The Pawn, I came across geospatial investigation. Patrick Bowers doesn’t look for means, motive, or opportunity, and he hates profiling. Instead, he studies the location, timing, and progression of the crimes and analyzes that to understand the way the killer sees his environment. He works backward to figure out where the killer might have his home base. He uses science and logic, not gut instincts, not motive—he doesn’t care about motive. He’s not trying to climb into the killer’s mind. He’s trying to climb into his shoes.”

The plot of The Pawn stems from the 1978 mass suicide at the Peoples Temple, a religious cult led by Jim Jones in Jonestown, Guyana. One survivor, who fled when Jones ordered everyone to kill themselves and their children, spoke later of his wife poisoning their 18-month-old son before killing herself. James interviewed him and was deeply moved. He wanted to somehow honor the worth and humanity of the people who died that day.

“What makes you do the unthinkable?” James asks. “How do you get to that place? That’s what drove me to write The Pawn.”

“Does free will exist? Do we have choice? I don’t start out with a message to get across. I just ask questions. I try to explore something deeper within the story. I’m reporting on human nature.”

His story resonated with readers. The Pawn eventually became his biggest seller with more than 200,000 copies sold—and it’s still selling. Patrick Bowers clicked through 10 more novels in the series, proving that a writer who has explored both sides of human nature—evil and deeply spiritual—plays well with readers.

Advice to Writers:  Never fall in love with your first draft.

An exclusive first look at the new Netflix true crime documentary, Girl in the Picture 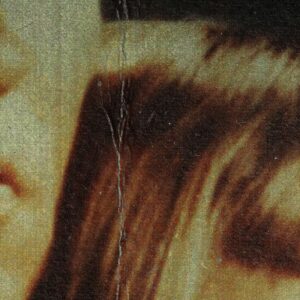 An exclusive first look at the new Netflix true crime documentary, Girl in the Picture

A young mother’s mysterious death and her son’s subsequent kidnapping blow open a decades-long mystery about the woman’s...
© LitHub
Back to top