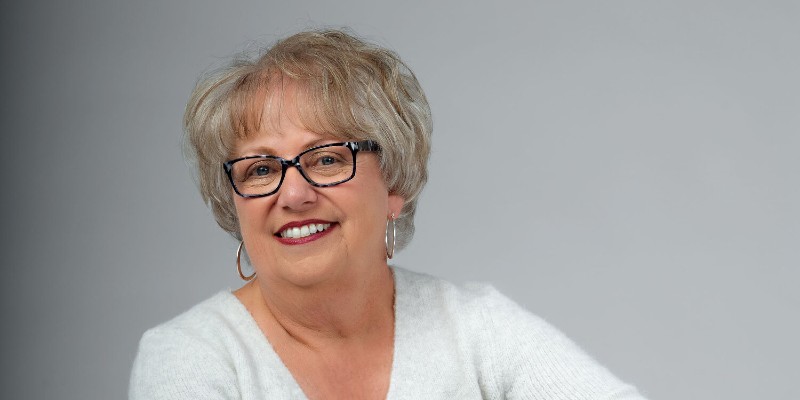 The Author Who Came in From the Cold

Every fledgling writer has heard the story many times: butt in the chair and never give up. Unfortunately, almost all writers do give up. The words to remember are “almost all.” It is the tiny minority who are determined to stick with it who find success. They are the tip of the literary iceberg, not necessarily because they are more talented than the rest, but because they persevere.

Talent and hard work—they’re what every writer needs. Sometimes one outweighs the other, but neither outweighs persistence. Give up—like most wannabe writers do—and you have nothing. Persist, and maybe your efforts will be recognized by the right editor at the right time and your career explodes.

“I’m the poster child for it can happen to anybody,” says novelist Karen Dionne, author of the 2017 bestselling suspense thriller, The Marsh King’s Daughter. She should know. For twenty years she wrote thrillers that sold, but not enough to be noticed.

To have a blockbuster bestseller is every writer’s dream. To live it, is now Karen Dionne’s reality. But what most writers can’t fathom is her sentence of twenty years of hard labor to finally find her proper place in today’s literary world. Even then, most successful writers never come close to attaining her level of success with a single novel. And it was a novel that was completely different from anything she had written in the past. So, what exactly happened?

Dionne could always write. She won creative writing awards in high school and years later, when she encouraged her teenage son to enter the same contests, she thought, “What about me? I was a good writer.”

So, in 1998 she began writing a novel about a jungle cat, a first attempt that was never published. She started querying agents for nine months and the response, to put it kindly, was underwhelming.

“I was even turned down by scam agents. Imagine that.” She laughs. “I didn’t know anything.”

Of 53 agents she queried, four finally responded. She signed with Jeff Kleinman, now of Folio Literary Management. During the long hunt for representation, she started a new novel. She’d read a newspaper article about icebergs melting and how they affected the salinity of the ocean. She eventually wrote a technothriller, which she called Freezing Point. Her new agent recast it as an environmental thriller because techno-thrillers weren’t selling at the time.

She went through six months of rejections from publishers and then one day while browsing in a bookstore, Kleinman called. He told her to sit down. “I wondered why.” Berkley Books, he said, was offering her a one-book deal.

“He was right to tell me to sit down. My legs turned to jelly.”

Appropriately, a year later when her mass market paperback was released, she attended a book signing in the same bookstore where she received Kleinman’s call. Freezing Point became a mid-list thriller and sold in grocery stores, drugs stores and airports. Not bad for a debut novelist.

After she and her husband were married and with their first daughter in tow, they had moved to Michigan’s Upper Peninsula with the intent of living off the land on ten acres in the wilderness. For three years they labored, building a cabin and creating their own oasis. But they were thirty miles from nowhere and once their daughter was old enough for school, they decided it best to move to the tiny town of Newberry rather than subject their kindergartener to an hour-long bus ride.

Making a living in the Upper Peninsula offered few opportunities and plenty of challenges. So, Dionne created her own small furniture finishing and upholstery business. She also took in sewing and mending, and taught violin lessons. “Whatever we could do to pick up a few dollars.” And fittingly, as her fans are aware, today there’s a couch or chair that needs to be reupholstered in every one of her novels.

Being so isolated in the wilds of the Upper Peninsula, she knew no other writers, so she began networking online. Eventually, she and Chris Graham started Backspace, an online writers’ group. After five years, 45 of the original 100 members had been published. “It was a really up-and-coming group,” she says.

She also managed the Salt Cay Writer’s Retreat and attended other conferences, even helping to create Backspace’s first writers conference. In addition, she joined the International Thriller Writers board of directors. Dionne no longer felt isolated. But in the leadup to the 2013 Backspace Writers conference, she realized one of her fellow members was about to publish her second novel, and Dionne had nothing ready to go. She’d put her own writing ambitions on hold to become part of the community.

“So, I dialed it back my extra-curricular activities to concentrate on my writing.” In so doing, she left the ITW board a year early.

Freezing Point and her other environmental thrillers had a small following but hadn’t lit up the publishing world. They were her writing foundation, but she realized she needed to move in another direction if she was ever to achieve something more significant.

By now, she and her husband had moved from Newberry to Detroit to be near their aging parents—a switch from isolated small town to big city suburbia. And while you might take the girl out of the wilderness, you can’t always take the wilderness out of the girl. Drawing on her early homesteading years in the Upper Peninsula, Dionne hung on to her environmental roots, and took them in a different direction—psychological suspense. She began writing what would later become The Marsh King’s Daughter.

She asked New York Times bestselling author David Morrell, whom she’d known for years, to beta read her manuscript. He loved it except for the last forty pages. So, she spent two months rewriting and showed it to him again.

“Close,” the father of Rambo told her. “This novel is so good, it’s worth taking a deep breath and running another hundred yards.”

She did and then sent it off to her agent who recognized he had something special and sold it in a 12-way auction. When finally published, The Marsh King’s Daughter was translated into 26 languages.

“Without a doubt, the novel would not have been received as well without David’s help. It was a huge gift.”

She learned a valuable lesson. “If your career isn’t going where you want it to, don’t keep doing the same thing over and over again.”

Now that she’s become the literary equivalent of the tip of the iceberg, it seems appropriate looking back that it all started with one after reading a newspaper story. After all, some 90 percent of an iceberg goes unnoticed, much like the first twenty years of Karen Dionne’s literary career. But if it weren’t for that portion underwater—what Dionne might tongue-in-cheek term her Freezing Point—the world would have never had the chance to notice the work that rose to the top. 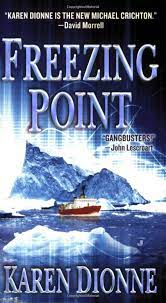 Advice to Writers: Don’t quit. It sounds over-simplistic. If you’re not breaking out, don’t be afraid to try something new. 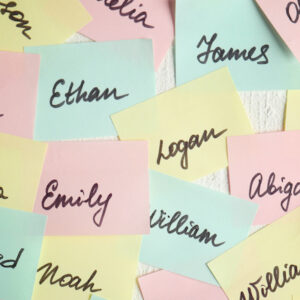 There’s something so satisfying about meeting a person and thinking, “She really does look like a Jenny!” Most people...
© LitHub
Back to top